From Saturday 01 to Sunday 30 September 2018, Montalcino is the backdrop to a cultural, historical and artistic event focused on Fra Giovanni Moglio da Montalcino. 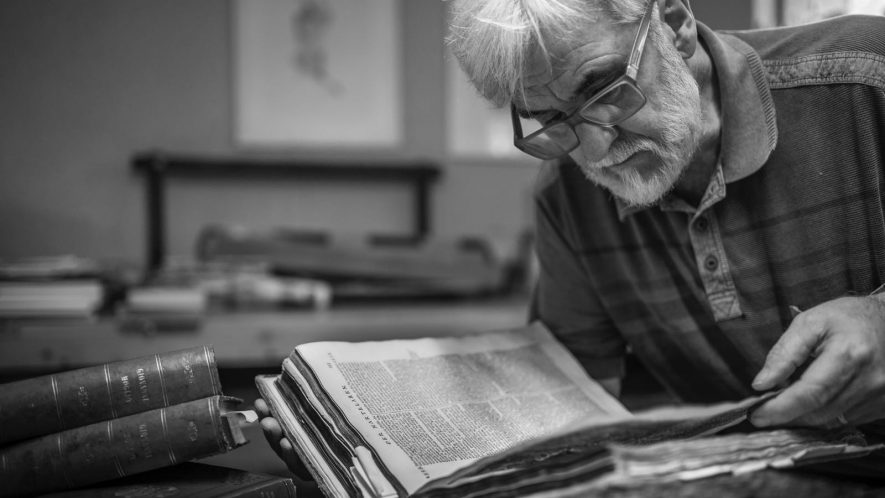 There are times when the course of history finds itself at the crossroads between dramatically opposing and opposite directions, just as there are people who are remembered as “losers” because history did not go the way they intended and pursued. One of these people is Giovanni Moglio, a Franciscan preacher from Montalcino who lived in the sixteenth century during the Renaissance and the Reformation.

In collaboration with the Giovanni Moglio Research Centre and under the patronage of the Municipality of Montalcino, the Permanent School of Living presents “Heretical Words”, an exhibition set up in different parts of the historic centre of the town, which aims to let people know about Giovanni Moglio, a wise and visionary Franciscan preacher who was condemned as a heretic by the Church and sent to the stake in Campo de’ Fiori in 1553. His story offers an opportunity for reflection on ever topical issues, such as religious tolerance and respect for freedom of opinion. A multimedia, multifaceted and experimental journey through history, art and the area of Montalcino that combines an accurate reconstruction with creative momentum while following two main narratives: one aimed at historical reconstruction, the other at free artistic interpretation.

Piazza del Popolo
Piazza del Popolo, the heart of Montalcino’s life, is the centre of the event and will host an installation by Annibale Parisi and Edoardo Milesi that represents, in a visionary way, the court of the Roman Inquisition and the stake in Campo de’ Fiori where Moglio’s lifeless body was burnt on 4 September 1553 after he refused to abjure and was hanged. The background to the evocative setting is another work of great emotional impact and historical interest which was designed to create a contrast between the dark and oppressive atmosphere of the scene of the conviction and the stake reproduced in the square, and the timeless harmony of the surroundings of Montalcino. Inside the ancient loggia, now walled up, a series of photographs will show the breath-taking view that once could be enjoyed from the square and that was then blocked by improvident architectural changes. A window overlooking the past, but also a tribute to Val d’Orcia and the beauty of its landscape.

Church of Saint Francis
Three large canvases will be put on display in the church of Saint Francis, where visitors can admire a Pietà on canvas from 1600 highlighted by a beam of light. The three canvases reproduce a work by Annibale Carracci and two topical photos related to the theme of piety. The music by Marco Del Bigo will increase the visitors’ emotional involvement.

5:00 p.m. Guided tour of the four places where the event takes place

9:00 p.m. Theatre show by the theatre workshop FerMenti in Scena

From 9:00 a.m. to 6:00 p.m. visitors can vote for the works exhibited at the cloister of OCRA Montalcino on the occasion of the OCRA Artist Contest Heretic Works, Discordant Art.

The two works that receive the most votes win the “Citizenship Award”.

From Saturday 01 to Monday 20 September

From Saturday 01 to Sunday 30 September