a coffee a OCRA with the neighbourhood

On Tuesday 17 and Thursday 19 October, the districts of Montalcino organise two cultural entertainment events at OCRA Creative Workshop of Living that actively involve the citizens. 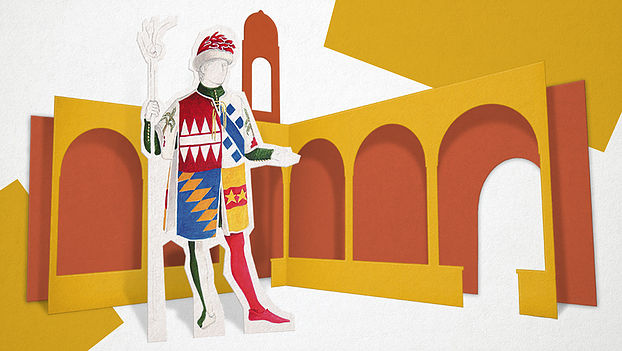 A coffee at OCRA aims to share the spaces of the Creative Workshop of Living with the local inhabitants. It is an informal opportunity to explore issues related to the history, traditions and culture of our city through a series of events and activities.
The event starts on 17 October, at the same time as the Festival of the Thrush, with a series of conferences that actively involve the citizens.
In the first of these two meetings, architects Edoardo Milesi and Gerardo Nicolosi will tell us about the Church of Saint Augustine, which, thanks to the restoration financed by the Bertarelli Foundation, has become an open place in the heart of Montalcino. The meeting will also offer an opportunity for a guided tour of the church organised by the experts in charge of the restoration of its frescoes.
On Thursday 19, the well-known historian and lecturer in history of medieval and modern law Mario Ascheri, and two authoritative State Archivists, Patrizia Turrini and Maria Assunta Ceppari, join the meeting to let us discover ancient parchments from and codes of law of Montalcino with a look at everyday life in Montalcino in those times.

TUESDAY 17 at 5:30 p.m.
SAINT AUGUSTINE AND THE OTHER CHURCHES
Speaker Edoardo Milesi / Moderator Gerardo Nicolosi
Visitors to the meeting can also take part in a guided tour of the Church of Saint Augustine organised by the experts in charge of its restoration.

Edoardo Milesi is an architect. He is one of the leading exponents of Italian bio-architecture and sustainable architecture. He is an expert in environmental and landscape protection and he specializes in numerous fields, including architecture ecology, naval architecture, religious architecture and garden art.
He has founded and directs the architecture studio Archos, based in Bergamo. In 2008, he founded the art and culture magazine “ArtApp” with a group of artists and architects and he is the director of the magazine. Since June 2009, he has been the president of the cultural committee of the social and cultural foundation Bertarelli. His project for the Collemassari Winery has won numerous awards and received many acknowledgements for sustainable architecture at the 12th Venice Biennale 2010, at the UIA World Architecture Congress 2011 in Tokyo, and at the 14th Venice Biennale 2012, Italian Pavilion, and his project for the construction school in Haiti won awards and received acknowledgements at the UIA World Architecture Congress 2014 in Durban. He has increasingly attended debates on contemporary architecture and is interested in the dissemination of his own experiments. In 2012, he founded the cultural association Permanent School of Living.

Mario Ascheri is a historian and a lecturer in history of medieval and modern law. He has given lectures at the Faculty of Law of the University of Rome Tre, Sassari and Siena. He is a specialist in the history of justice and medieval and modern jurisprudence. Thanks to his multifaceted personality, his tireless writing talent and his vitality, he has profoundly affected the world of historical studies and has achived international fame. He is a member of the International Scientific Council (Wissen. Beirat) of the Max-Planck-Institut für Europäische Rechtsgeschichte in Frankfurt, the Director of the history department of the Accademia Senese degli Intronati in Siena and a member of the Board of Directors of Tuscany’s National History Delegation.

He has collaborated on projects of the Institute of Medieval Canon Law, of the Robbins Collection for Religious and Civil Law, of the University of Berkeley (California), and of the Accademia Nazionale dei Lincei in Rome, and he has given lectures at the Max-Planck-Institut für Geschichte in Göttingen, at Columbia University in New York, at Hebrew University in Jerusalem, at the Tulane Law School in New Orleans, and at the University of Notre Dame in Indiana.

Patrizia Turrini is a State Archivist, and she was the Coordinating Director at the State Archives of Siena from 1985 to 2015. She has been a member of the Historical Diocesan Institute of Siena since 1996 and a member of the Board of Directors of the Università Popolare Senese since May 2006. Since May 2007, she has been a member of the Accademia Senese degli Intronati, and on 2 June 2015, she was appointed Dame of Merit of the Italian Republic by the Prefect of Siena.
Over the years, she has carried out studies and history and archival research on behalf of the Ministry for Cultural Heritage and Activities in collaboration with various universities and cultural institutions in Italy and abroad.

Maria Assunta Ceppari is a State Archivist, and she is the Coordinating Director of the Third Area F5 ex C3 super of the State Archives of Siena; she is a member of the Historical Diocesan Institute of Siena and of the Accademia degli Intronati.
She has carried out studies and history research for the Ministry of Cultural Heritage and Activities, and she has collaborated with the University of Siena, Tuscia University, the International Centre of Ethnology of Palermo, and various cultural institutions. She was a member of the advisory commission for the creation of SIAS (the national archives system) with the task of defining and verifying the criteria for the description of the archival sources, and of examining and verifying the inventory and digitization projects concerning the typology of the documents in the State Archives.
In 1989, she was awarded the “Culture Prize” by the Presidency of the Council of Ministers, Information and Publishing Department.