the groan of creation

In this first meeting titled “The groan of creation”, Father Roberto Nardin presents the report “For theological ethics of creation, starting from Laudato si’ by Pope Francis”, while Father Paolo Carlotti presents “For a human and integral ecology” to remind us of our responsibility and encourage us to become new women and men. 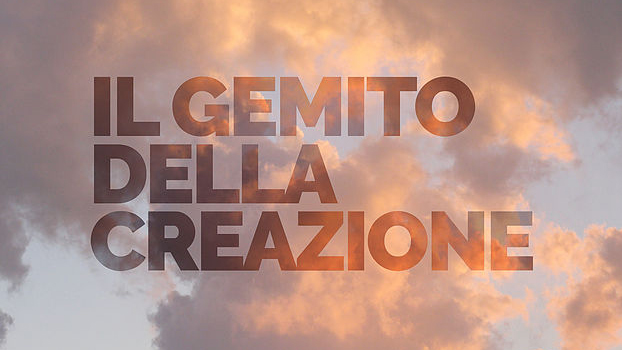 In this first meeting titled “The groan of creation”, Father Roberto Nardin presents the report “For theological ethics of creation, starting from Laudato si’ by Pope Francis”: “the universe did not originate as the result of arbitrary omnipotence, a demonstration of strength, or a desire for self-affirmation. Creation is an act of love. The love of God is the underlying reason for everything created”.
(no. 77) “this leads to the conviction that, having been created by the same father, we, i.e. all the beings in the universe, are united by invisible bonds and are part of a sort of universal family, a sublime communion that impels us to respect each other sacredly, lovingly and humbly”. (no. 89)
Father Paolo Carlotti presents “For a human and integral ecology” to remind us of our responsibility and encourage us to become new women and men: “creation groans in the expectation of a new person, different than today’s, although not entirely. Anthropogenic environmental imbalances require new responsibility, where ecology is considered human and integral, i.e. a new way of being in the world with a virtuous, moderate and sober lifestyle.”
After the convention, a tasting will be offered by Giovanna Ciacci’s Collosorbo Farm

Father Roberto Nardin
Father Roberto Nardin is a Benedictine monk. He is the Procurator General of the Benedictine Congregation of Monte Oliveto. He is an adjunct lecturer in “sacramental theology” at the Pontifical Lateran University; a visiting lecturer in “history of medieval theology” specializing in history of theology at the Pontifical University of Sant’Anselmo (Rome); the Director of Studies in theology at the abbey in Monte Oliveto Maggiore; as a theologian, he attended the 11th General Assembly of the Synod of Bishops (2005) on the Eucharist and published the relevant proceedings. He is an ordinary member of the Pontifical Academy of Theology.

Father Paolo Carlotti
Father Paolo Carlotti is from Lucca. He is a Salesian priest, a full lecturer in moral theology at the Salesian Pontifical University, and a visiting lecturer at the Gregorian and the Urbaniana Pontifical University, the Pontifical Faculty of Education Sciences “Auxilium” and the Institute “Progetto Uomo”. He is a prelate counsellor at the Apostolic Penitentiary and a consultant to the Congregation for the Causes of Saints and the Pontifical Council for Justice and Peace. He is the representative of the Association of Moral Theologians in central Italy.