FerMENTInScena – Montalcino Theatre Workshop – is back for the second year in a row, organized by Mafredi Rutelli and Stefano De Luca. A twenty-day residential course in the prestigious Complex of Sant’Agostino aimed at experimenting with the creation of an actual theatre performance that this year will be freely inspired by Carmina Burana. 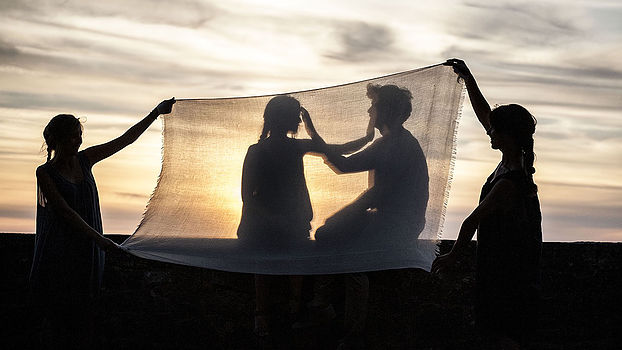 The workshop
This is an ambitious and demanding but highly prestigious project, as Christian Bovini, the Councillor for Culture of the City of Montalcino, confirmed:
“I am very happy to have been able, for the second time, to bring to Montalcino a high-quality residential workshop that aims at the professional growth of many young people and the cultural growth of our community.
This event has been made possible thanks, above all, to the collaboration of the Bertarelli Foundation, a partner of immense prestige and deep cultural sensitivity”.

After the positive outcome of the last season, the project for the creation of a permanent theatre school and a stable theatre company goes on by offering training courses to actors from the surrounding areas and from all over the world.

At this stage, students will take part in the twenty-day residential course on an actual theatre production in the Complex of Sant’Agostino, under the guidance of Stefano De Luca and Manfredi Rutelli. The premiere will be held at the Astrusi Theatre in Montalcino on 12 September 2017. The production will be freely inspired by Carmina Burana, the collection of goliardic and satirical writings from the twelfth century, which struck European culture with a “carefree and worldly, light-hearted and irreverent, free and anarchic” vision of the Middle Ages, thus creating the myth of wandering playful young students who gather together in taverns to praise the joys of wine and love, while inspiring a feeling of carefree happiness.

The workshop activities are based on the concept of living in a tavern, an inn, a place where the world is turned upside down, while still respecting its hierarchies and recognising its structure, a place where everything possible is turned into songs and games, music and poetry. Inspiration is drawn from drinking and praising wine, while enjoying its essence and spirit. The tavern thus becomes a place of freedom and liberation, a place similar to a theatre and to how the theatre should still be.

In addition, at the suggestion of the Municipal Administration, the project this year also includes deliberately informal meetings open to the public, just like taverns, where people can sip good wine and where Masters with international experience tell their stories, their meetings, and their creations in the world of theatre, with the aim of making again Montalcino an internationally important training and theatre production centre where the first International Actors Festival was held.

photographic look on architecture and landscape