A small plane has landed in the Valley of the Luio River. It landed without even touching the branches of the large trees and immediately adapted to its surroundings by becoming an architecture studio, a library in the middle of the meadow, and the headquarters of an art magazine. The last floor of the new building, which adds to the complex of Studio Archos, houses the headquarters of ArtApp and hosts official and informal meetings. 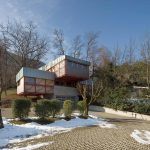 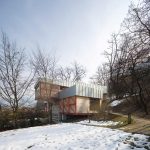 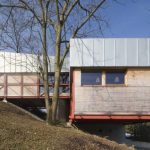 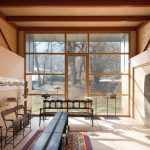 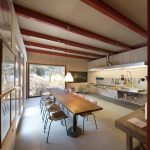 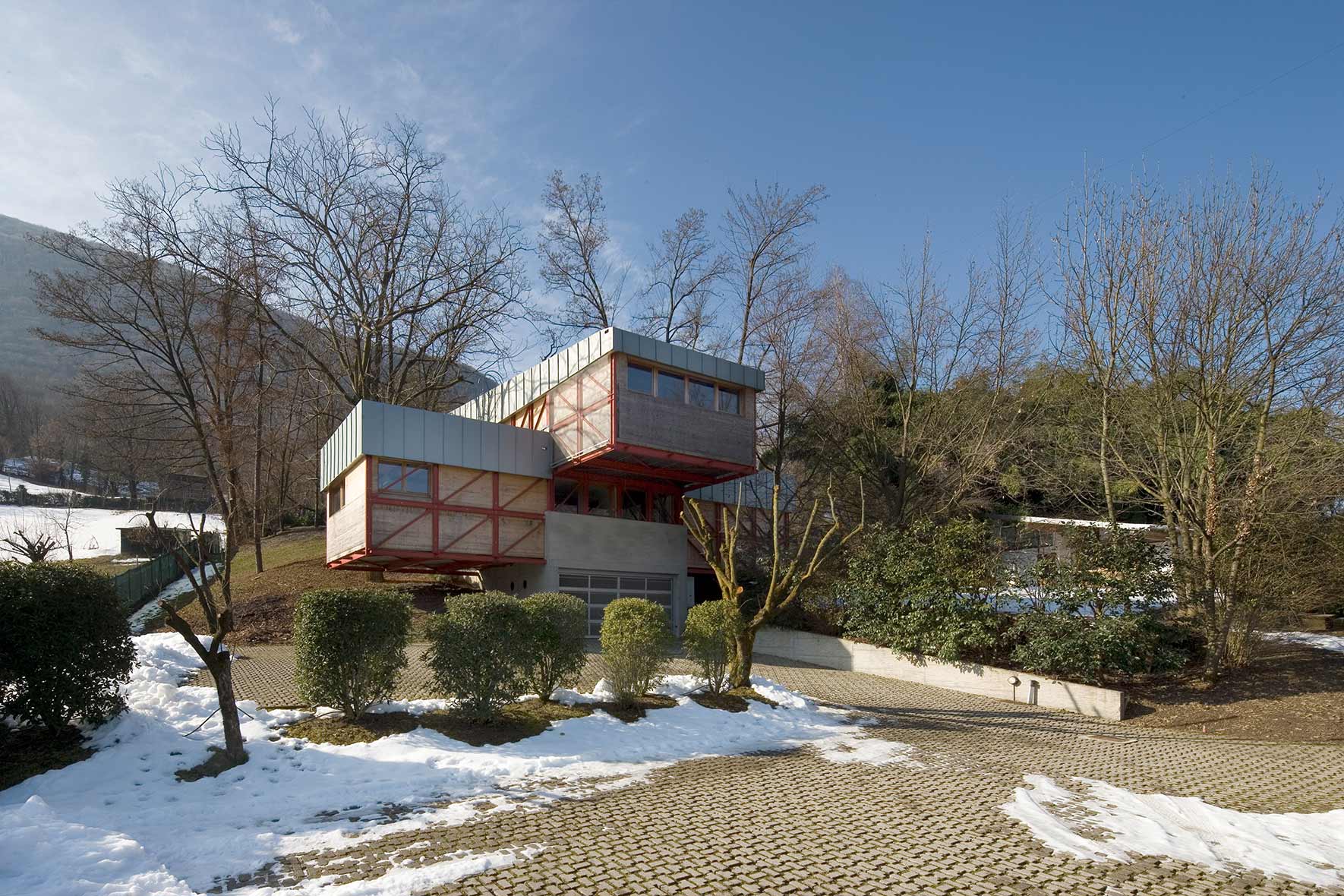 © mauro davoli Expanding the premises of Archos studio also provides an opportunity for experimentation. Exhibiting the construction system is not a decorative way of hiding intellectual ambitions, it is a way of maximizing the flexibility of the container as regards its functional use and in its relationship with the outside. 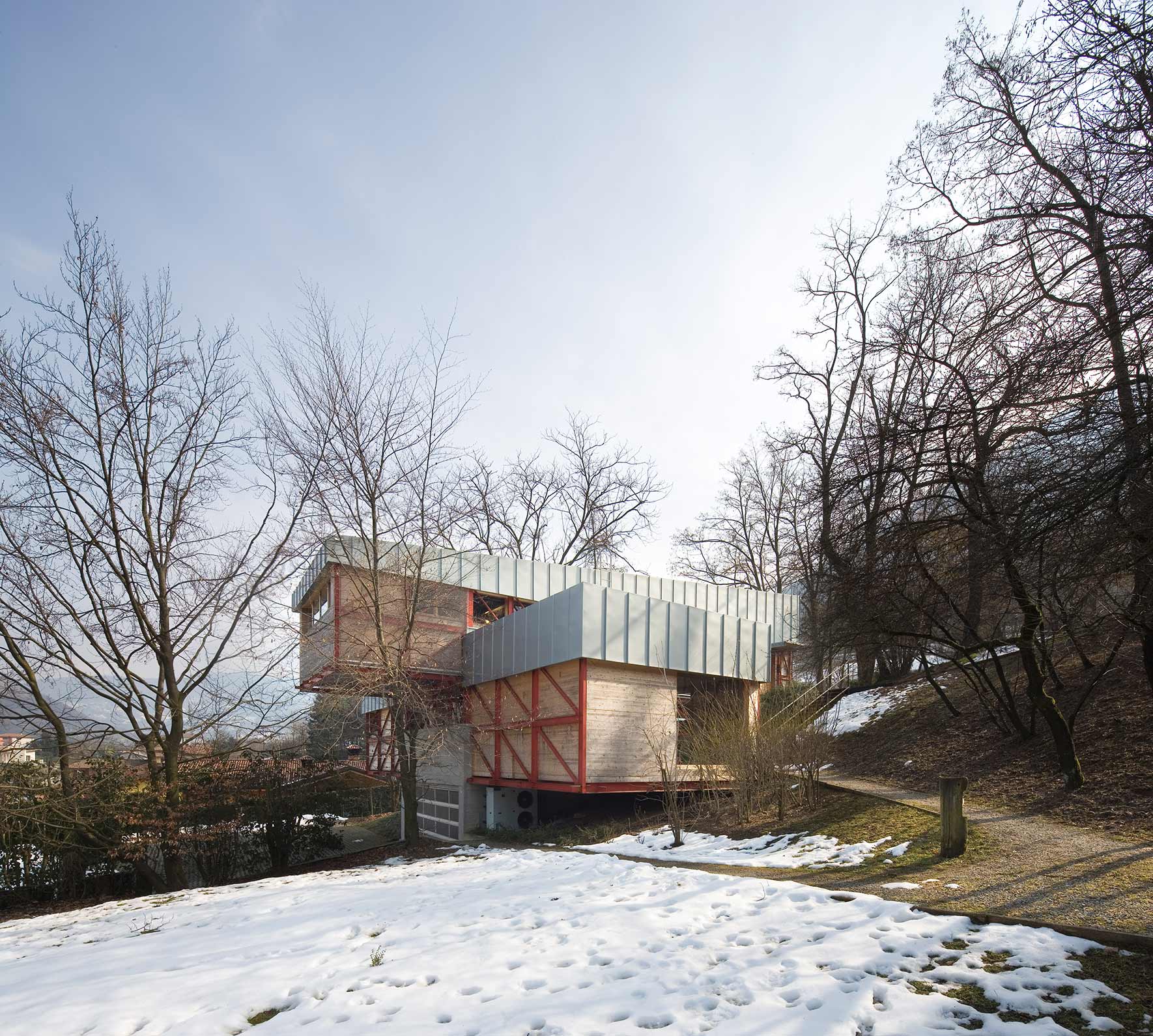 © mauro davoli We have given the new building its particular shape, because we want to preserve the existing park and let the new building be part of it. The building is made of natural recyclable materials. It warms up with the sun and stays warm, breathes and perspires like a person, everyone would like to live in it. 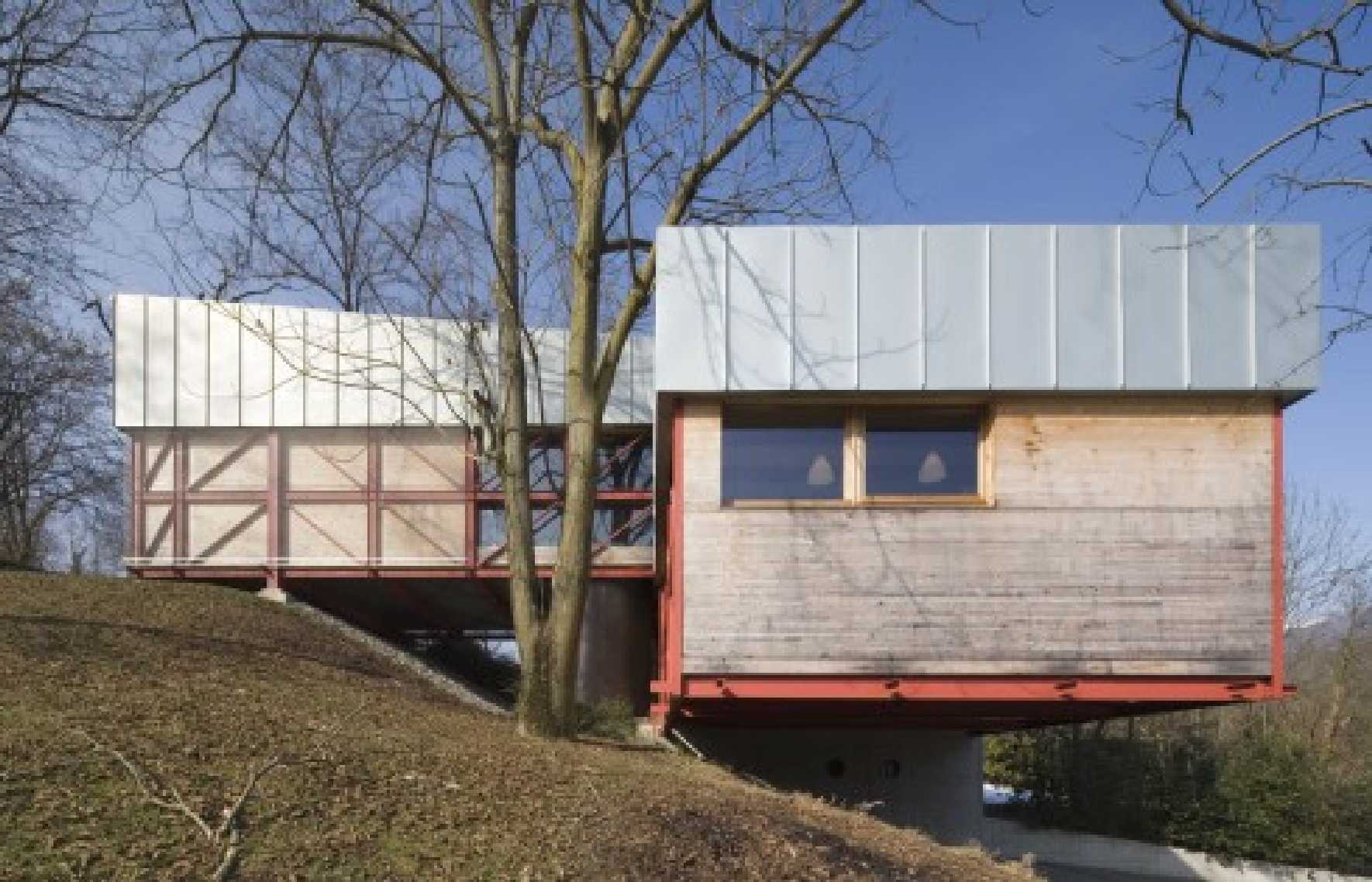 © mauro davoli In 1400, the construction technique in northern Germany was based on the so-called “Fachwerk”, back then the frame, the backbone and the structure were made of wood, while the curtain walls were made of straw, earth and lime. The iron frame is the same colours as flowers in spring and fruits in autumn. The perimeter curtain walls and windows are made of natural wood that oxidizes in the sun. While the entire building has a total area of 250 square metres, only 30 square metres actually are on the ground, the garage, which is the only part of the building made of masonry, is like a concrete dice anchored to the ground with six micropiles. The building has been adapted to the natural surface level, and so people can enter and exit it from any floor. 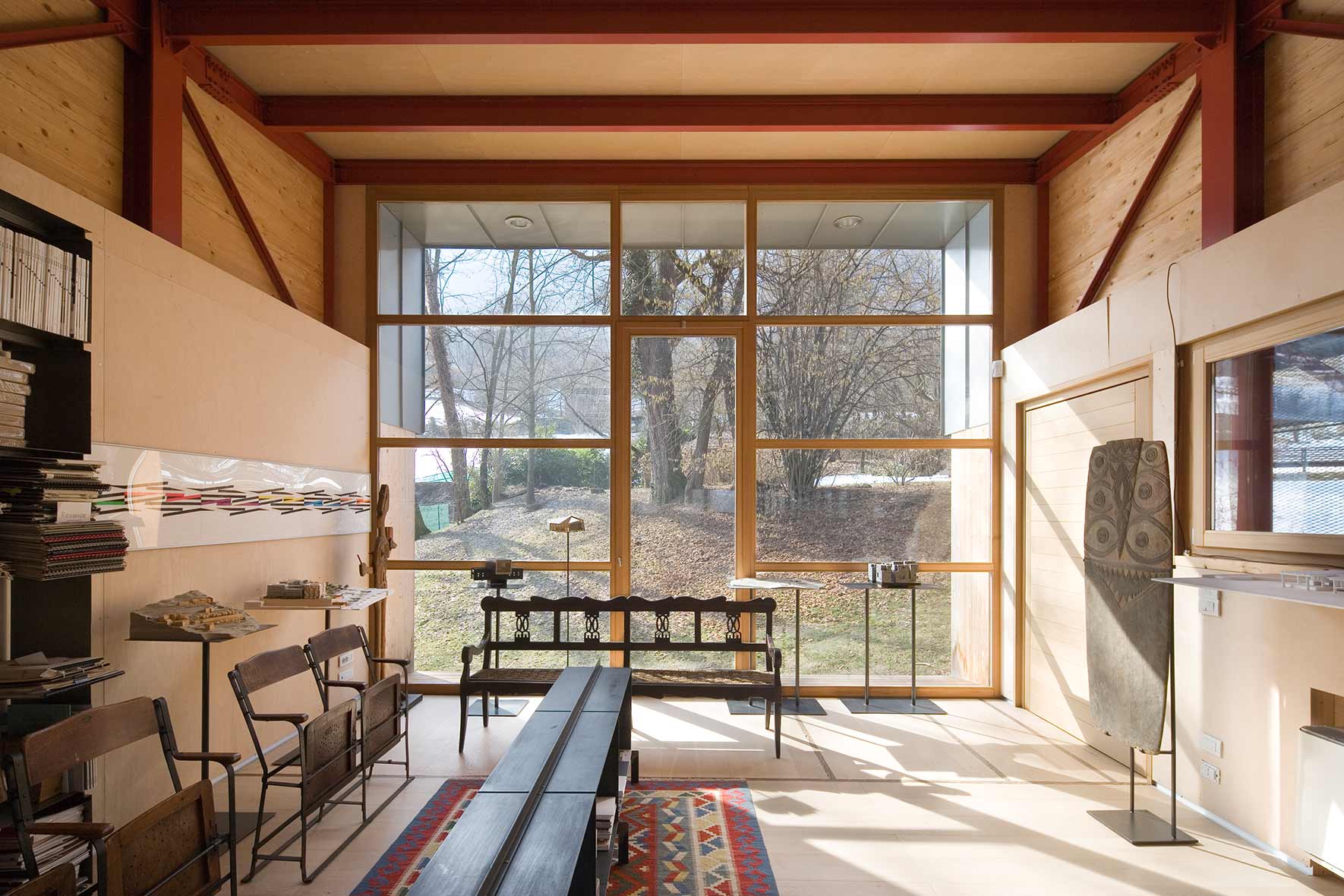 © mauro davoli This building is the result of the evolution of a way of designing and building consistently with the needs of people and the soul of nature. The covering is made of zinc-titanium without seams or welds, as it expands in different ways in the sun and in cold weather. The ladder is for climbing up and looking at the view from above. 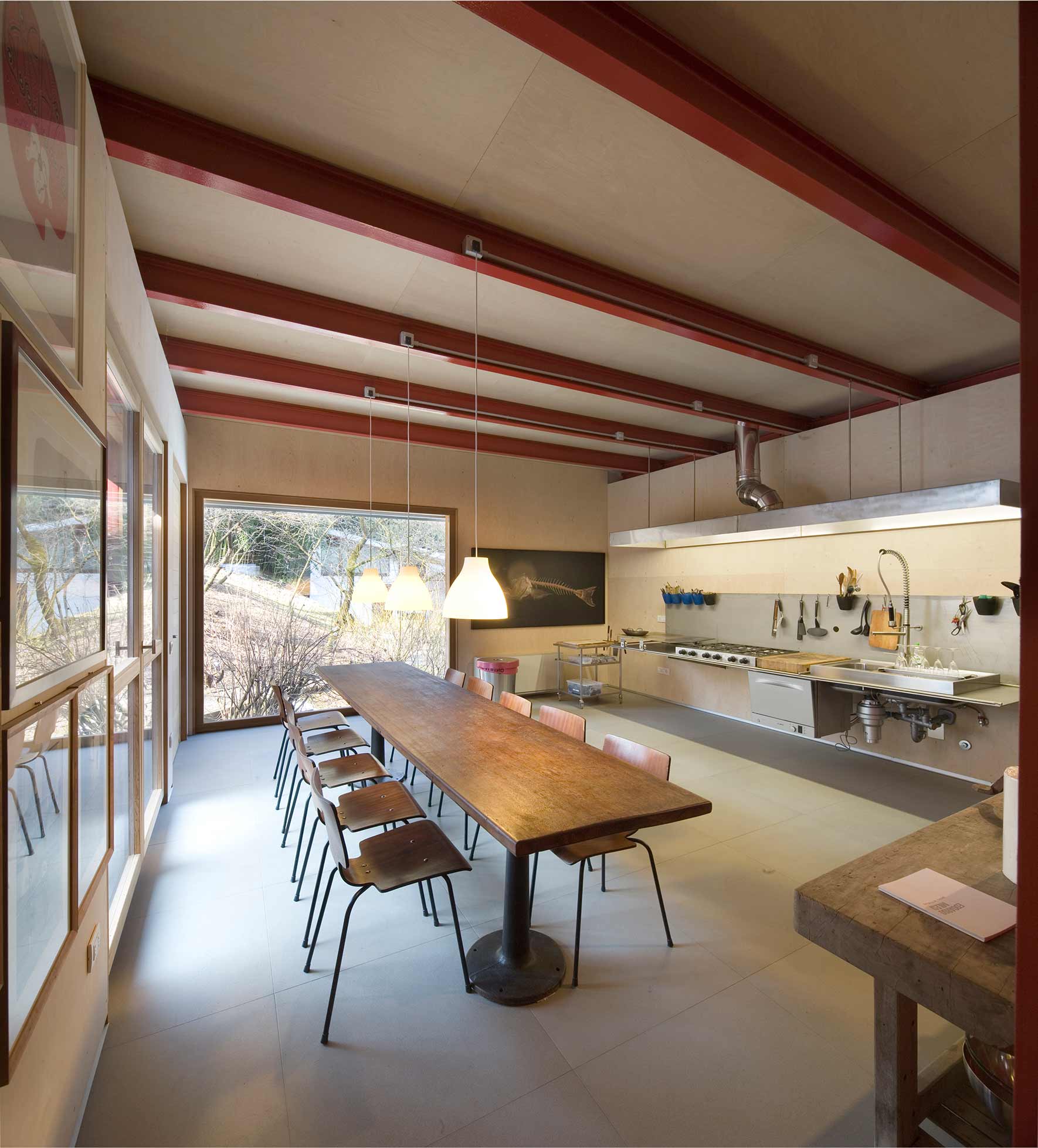 © mauro davoli No one wonders whether it is beautiful or ugly, because one day it will leave without a trace.
culturedesignlandscapelivingpublic workssacredwork
see all projects