restoration of the
castle of colle massari

Despite there are no documents that could allow historians to exactly date the building complex called Colle Massari, traces of the existence of the Parish Church of Santa Marta lead to the hypothesis that the castle had already been built in the thirteenth century. The four-sided built-up area included three buildings and several circular-based corner towers (three of which still exist), which are typical of defensive buildings, and was built of cobblestones and terracotta bricks, for which a special furnace was set up at the time. The restoration work of the entire complex carried out around 1650 was certainly performed by the Patrizi Marquises, who owned the castle and land in the area of Paganico. Restoring the interiors of the complex and converting it for residential use has involved adding other functions, such as the fitness area, which has been created by converting an old shelter for sheep and the stables of the castle, which the owners do not need but which are useful for reinforcing the eastern side of the property. 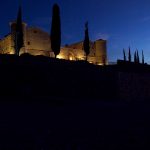 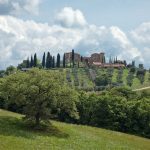 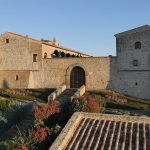 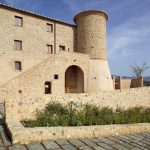 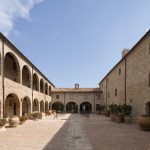 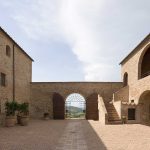 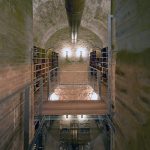 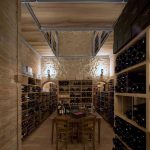 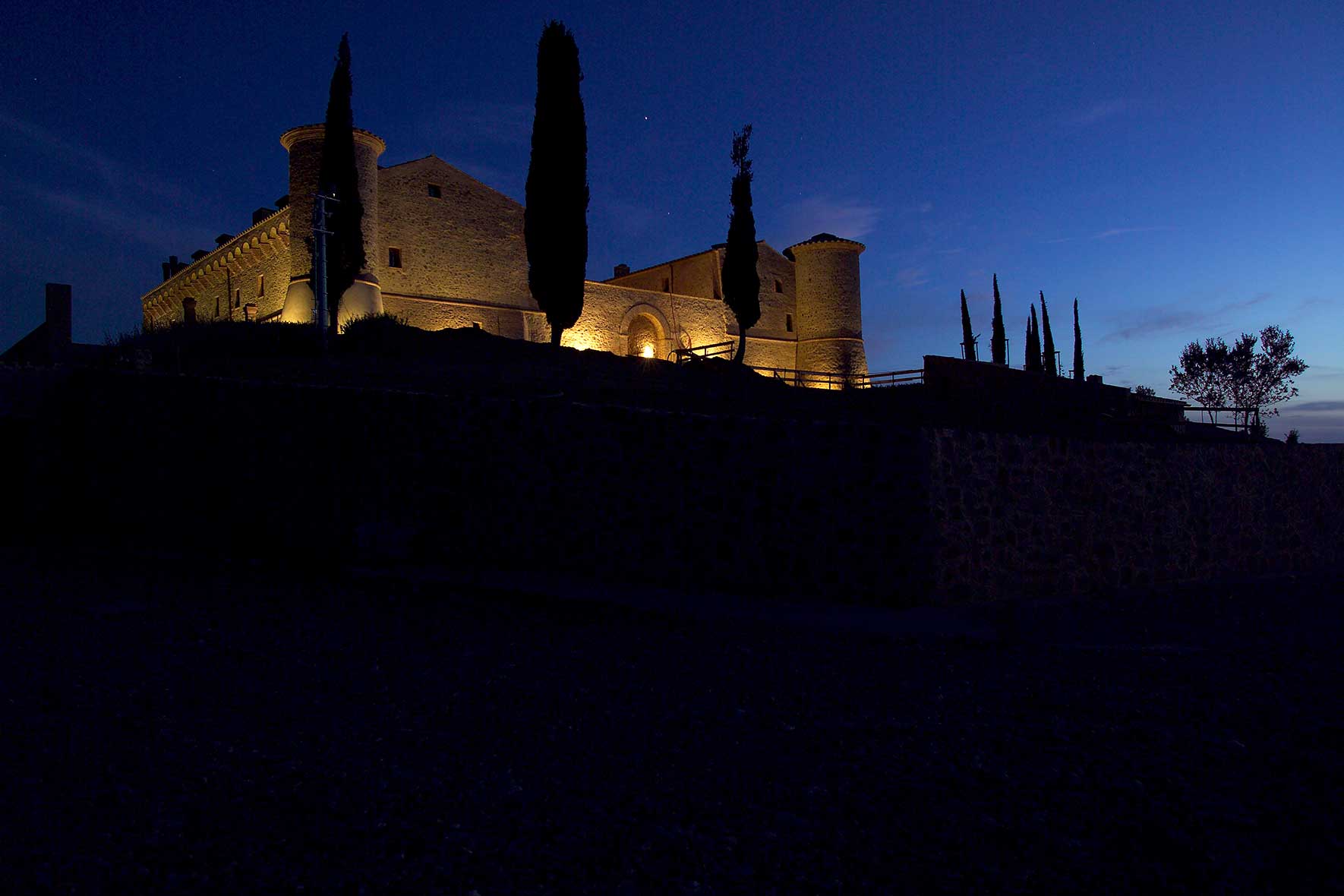 © mauro davoli The Castle of Colle Massari is located in a conservation restriction area, but when the work began it was not under the protection of the Superintendence for Architectural Heritage; however, given the exploratory approach adopted and the method of work used, the project complies with the provisions for carrying out restoration work on buildings of historical and environmental importance. 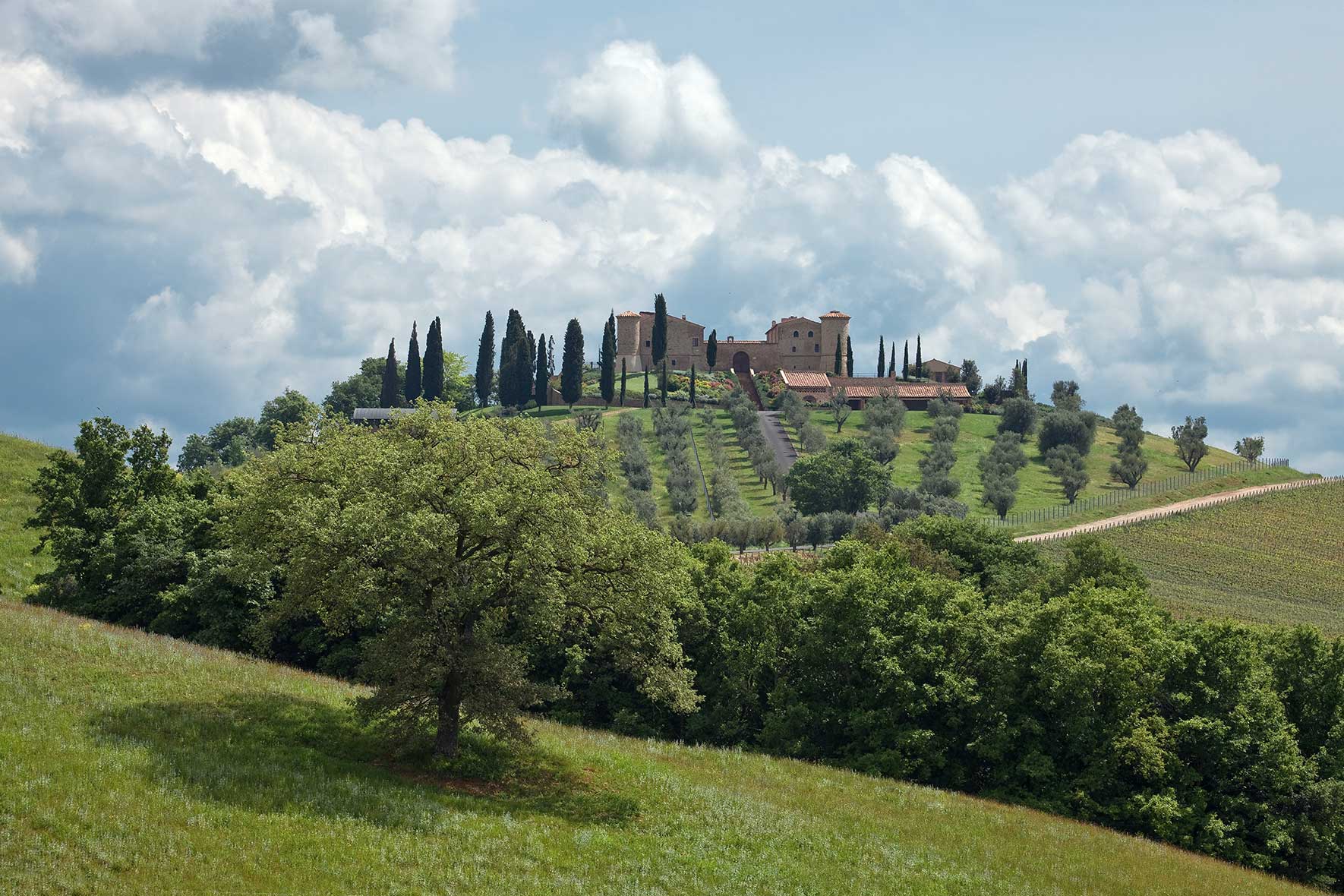 © aurelio candido During the stratigraphic examination of the western part of the complex, it was established that the buildings were created at two different times, the ones on the south side having been built in older times. The second construction phase was carried out with similar construction techniques as the first, however, the materials used and the way they were assembled was less refined. 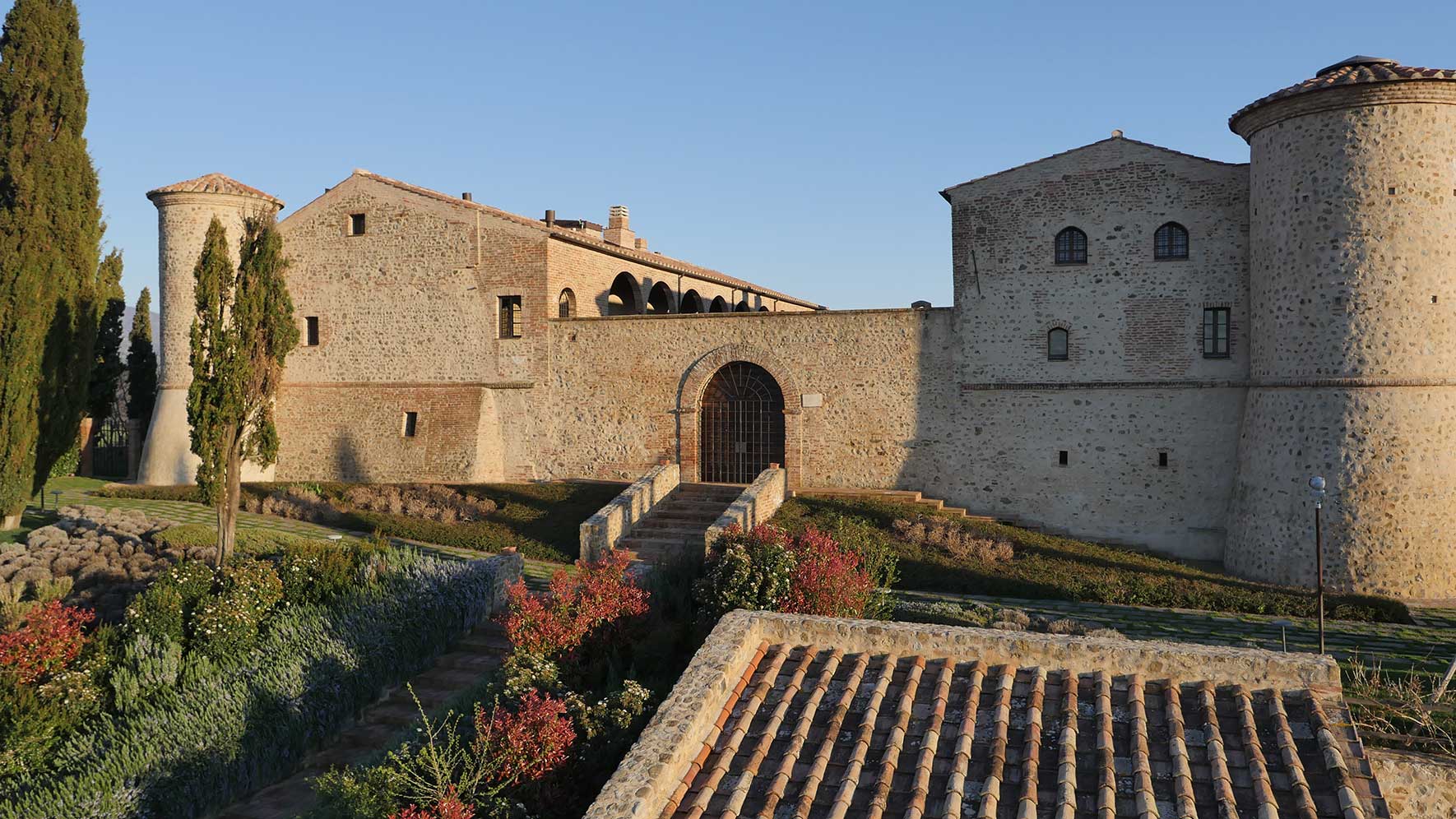 © michele milesi While keeping constantly in contact with the Superintendence of Siena and after obtaining the necessary authorizations, the first step was to urgently reinforce the structure of the complex by installing micropiles along the entire eastern slope, where there were several cracks and several parts had already collapsed in previous eras. 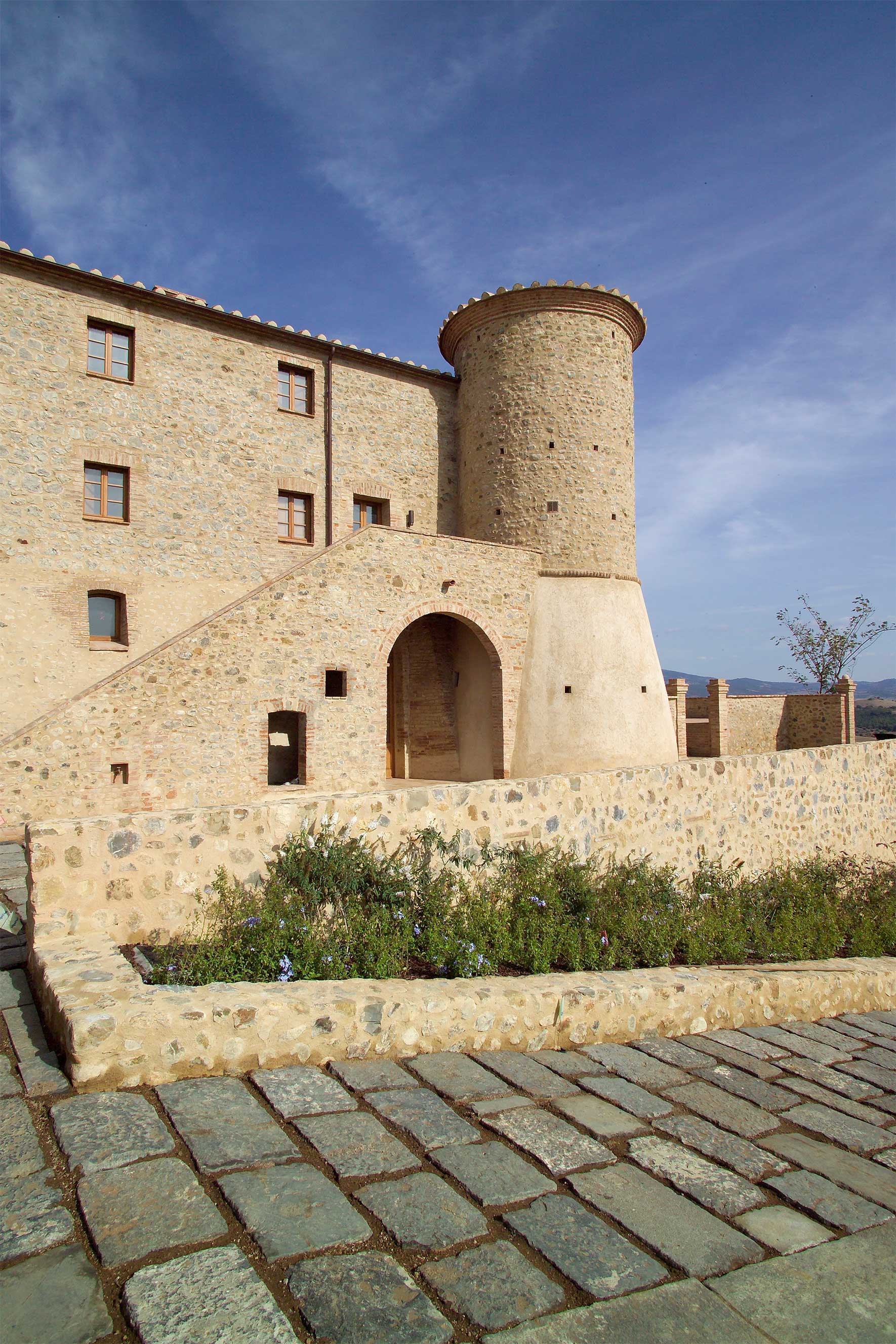 © mauro davoli In-depth historical stratigraphic research was necessary to establish how to remove most of the internal plaster, which had no historical, documentary and/or artistic value but after the removal of which important documentary traces emerged on the wall texture. 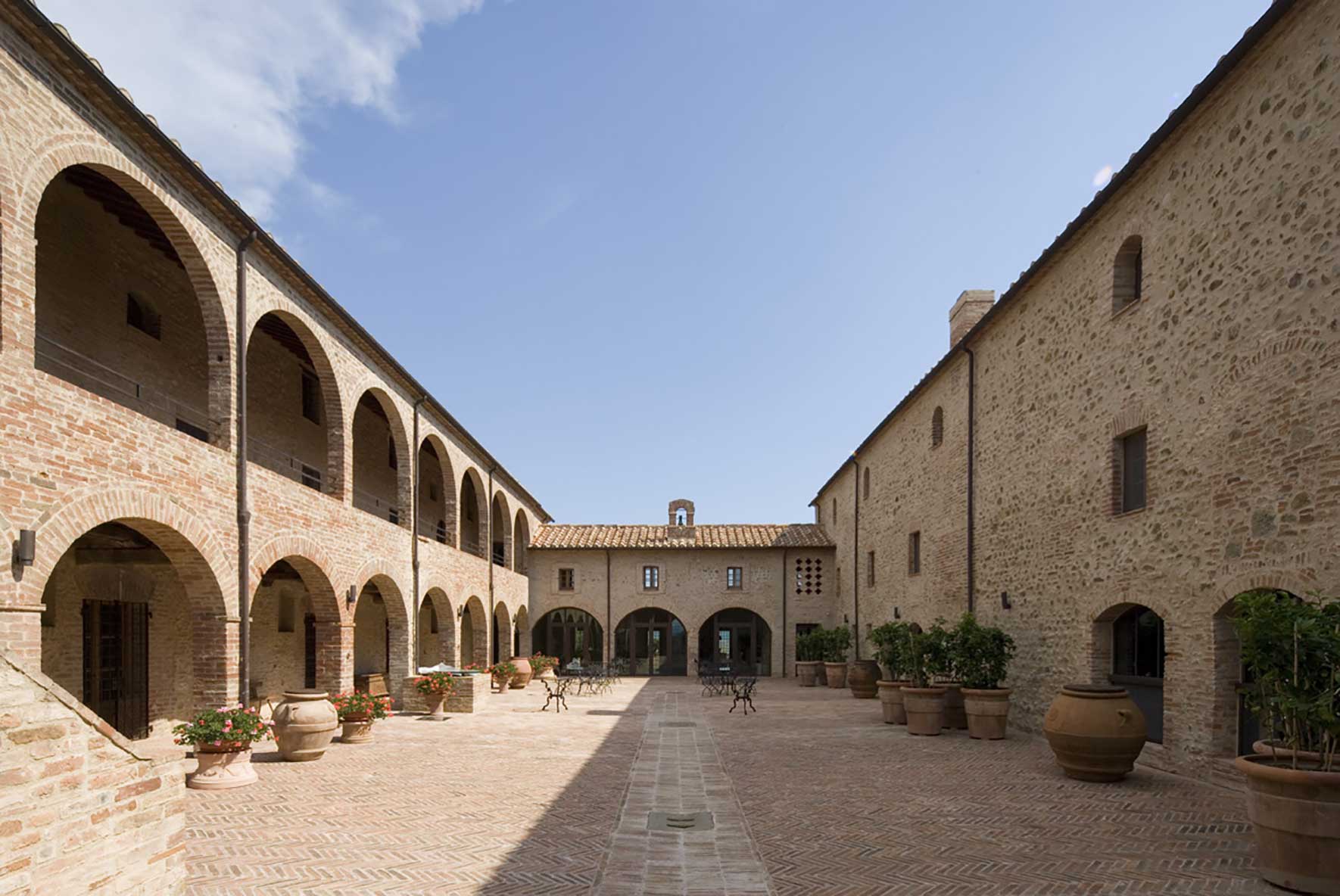 © mauro davoli The restoration and reinforcement of the masonry buildings was carried out by only using recycled bricks and stones and lime-based binders. The wooden structures in good condition were taken down, washed and restored. 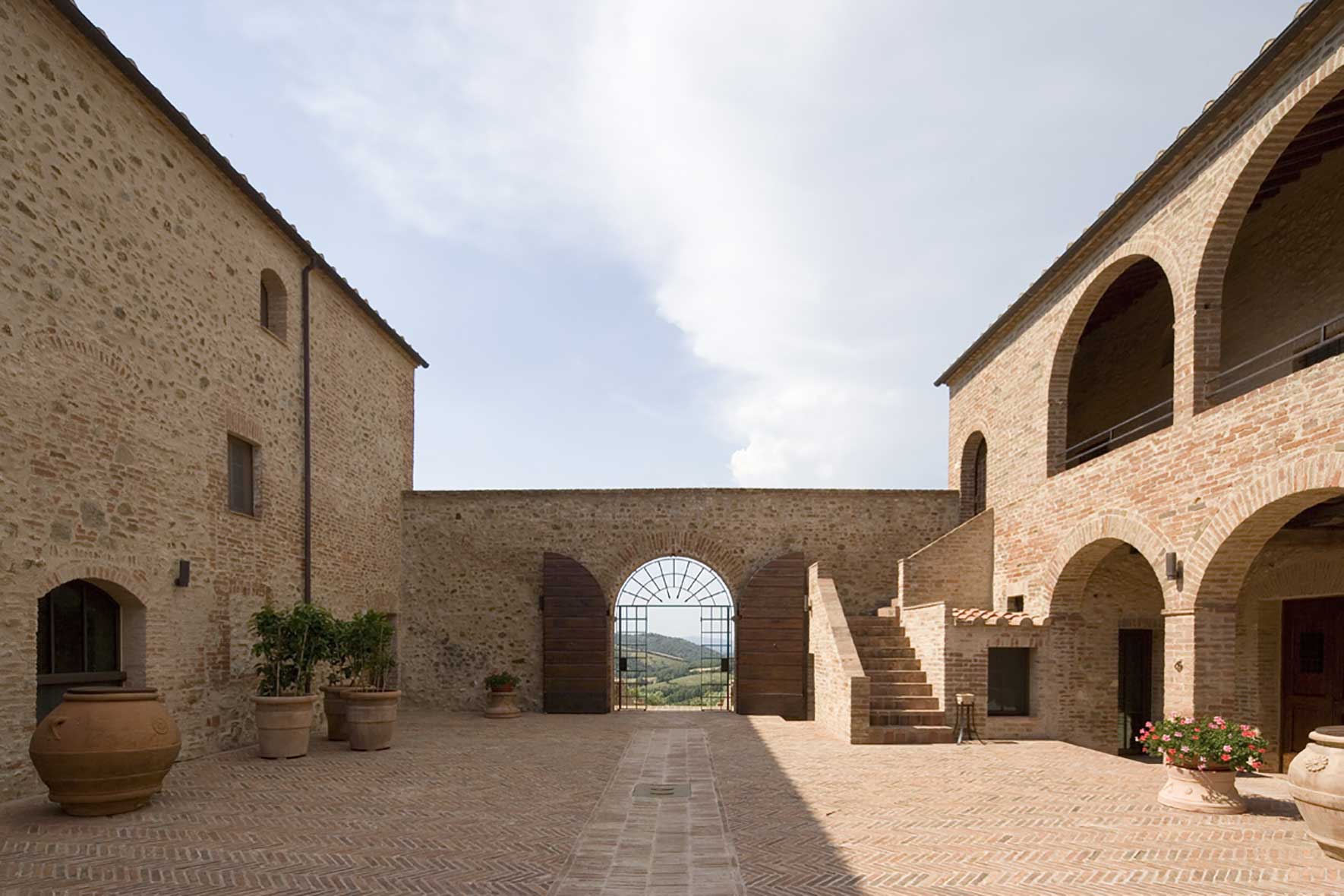 © mauro davoli The large internal courtyard, the floor of which was damaged beyond repair, was provided with a new floor with the same design as the original one, namely a fishbone brick pattern. 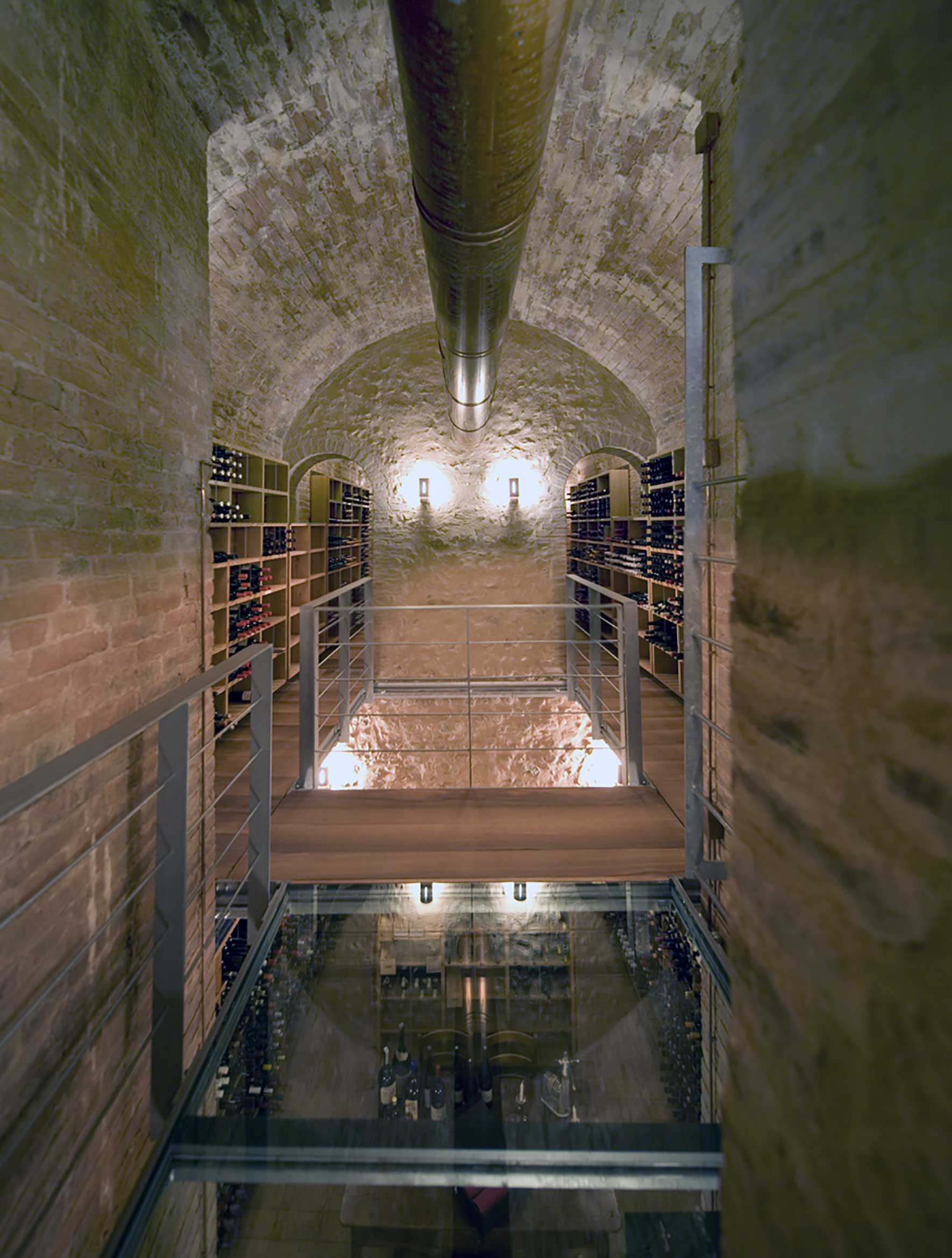 © mauro davoli Below the courtyard, there was a very beautiful more than seven metre high tank, which has been made accessible through a new staircase and is now used as a cellar for the most valuable wines. 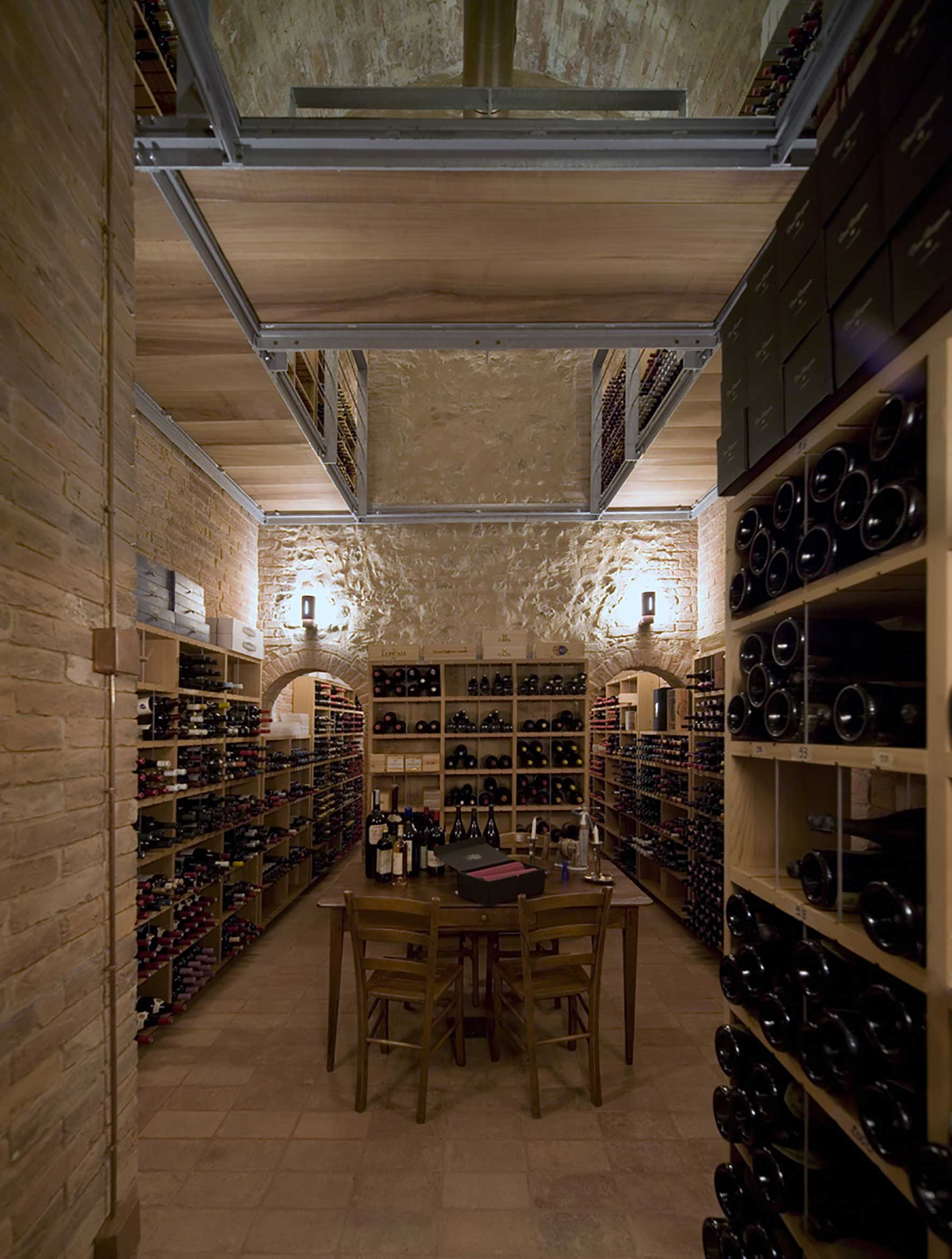