restoration of the church
of saint augustine

The construction of the church started at the end of 1200 and was finally finished in the first decades of 1300. The monastery and the bishop’s seminary were built over the following centuries around the two large 16th-century cloisters. Proper measures will be taken to set up a restoration workshop in the church, which is part of the Complex of Saint Augustine, where visitors can view the techniques and the progress of work. 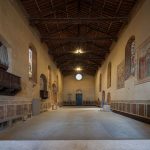 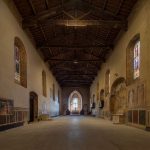 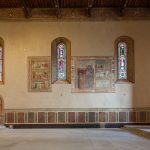 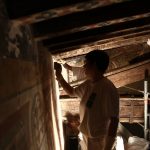 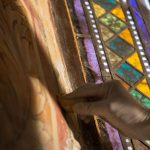 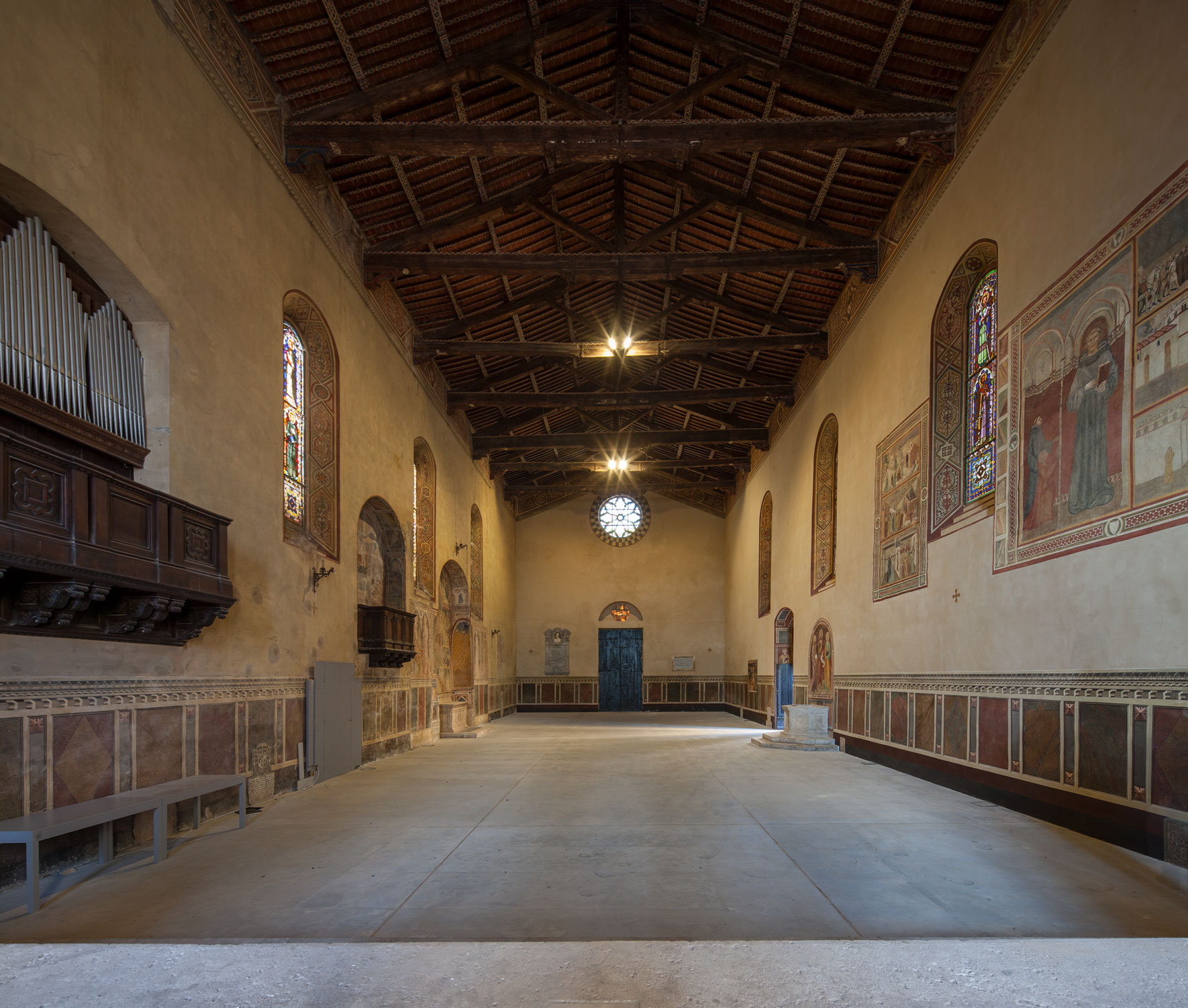 © archos archive The most well-known and important wall figures of the church are those created by renowned Master Bartolo di Fredi from Siena, who worked for Montalcino for a long time during the 1380s. In addition to some figures representing female saints on the right-hand wall, Bartolo was assigned the task of completely decorating the large chapel behind the major altar with paintings representing the stories of Saint Augustine and the two Apostles James and Philip. 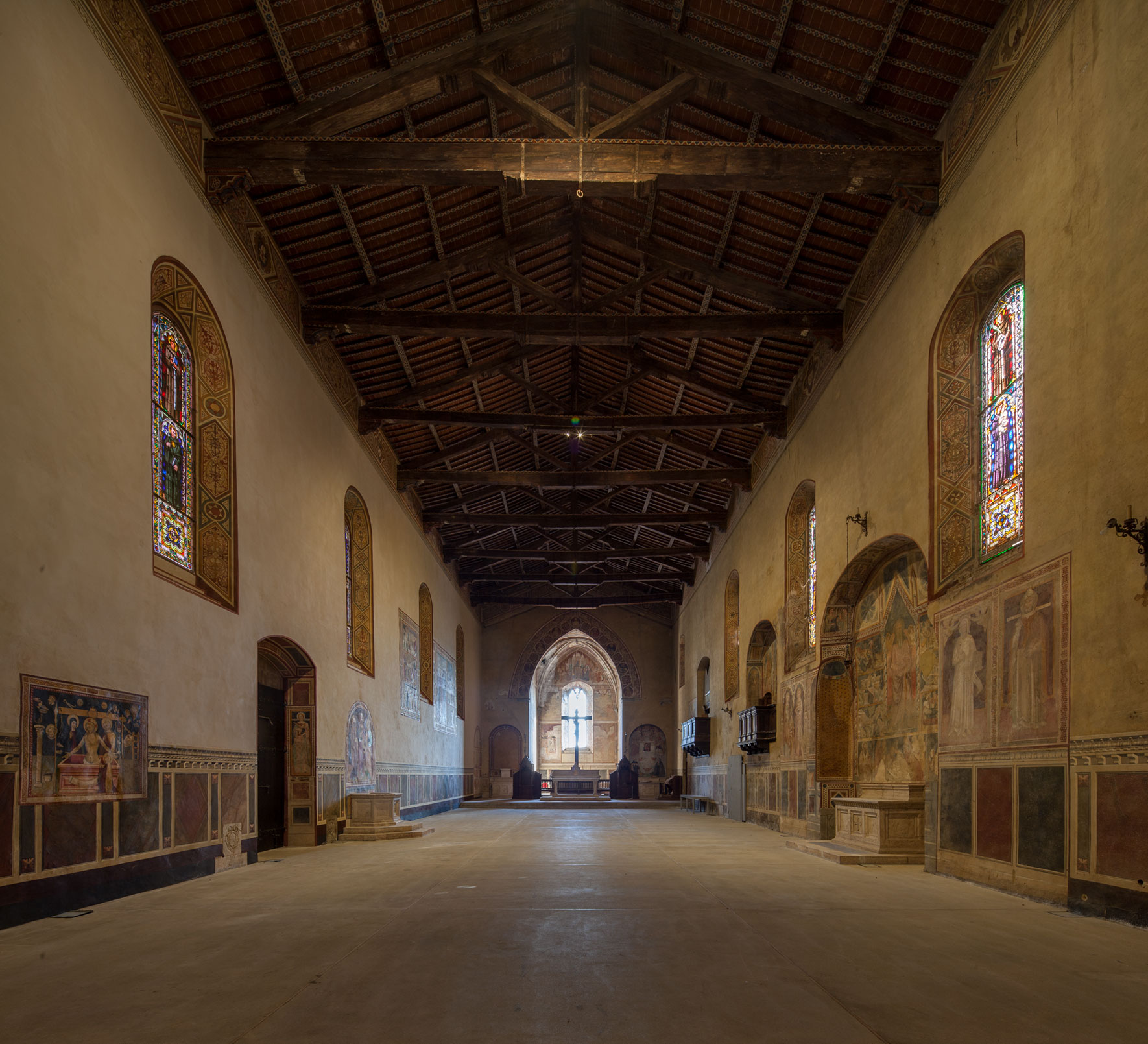 © archos archive The oldest painting, which represents Saint Augustine in the centre and some scenes from his life, is in a large square on the left-hand wall. This painting is a valuable and rare testimony of the author’s skills, who adopted Duccio di Buoninsegna’s style. 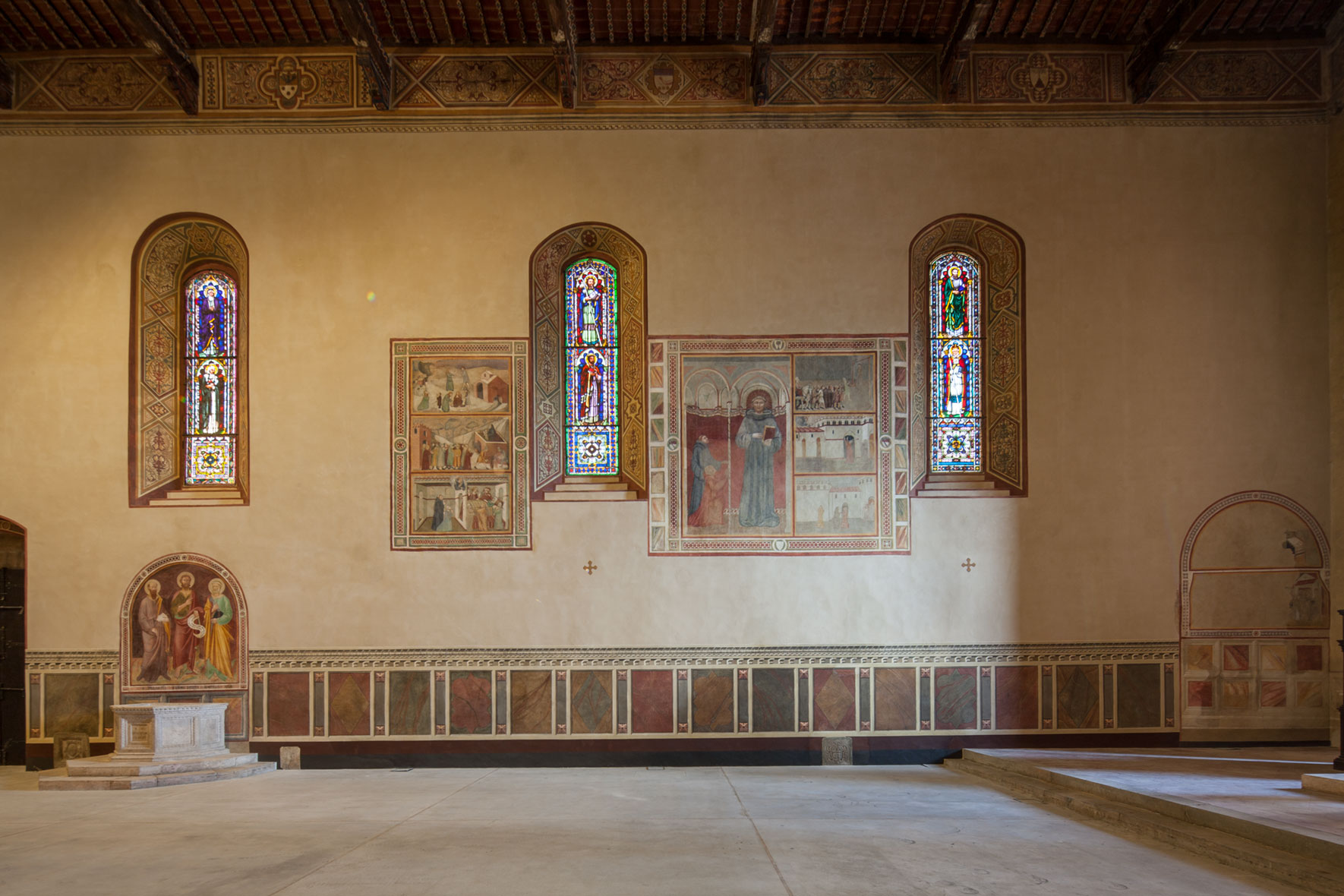 © archos archive Before restoring the frescoes, the church and the bell tower where restored. The most important work involved the removal of a reinforced concrete screed, which was placed on the roof in the 90s, as it weighed down and bent the secondary roof frame, thus preventing rainwater from flowing regularly. 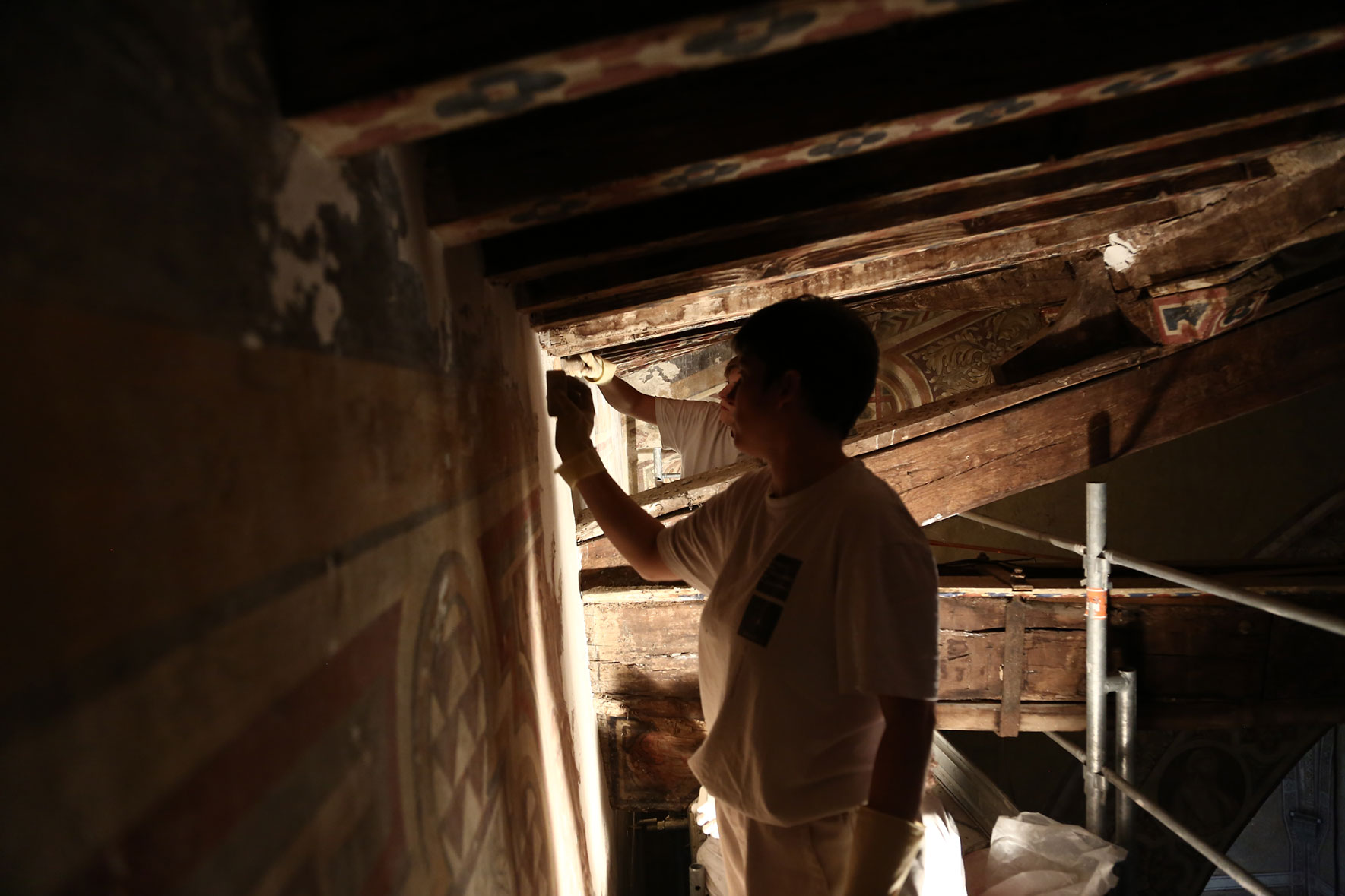 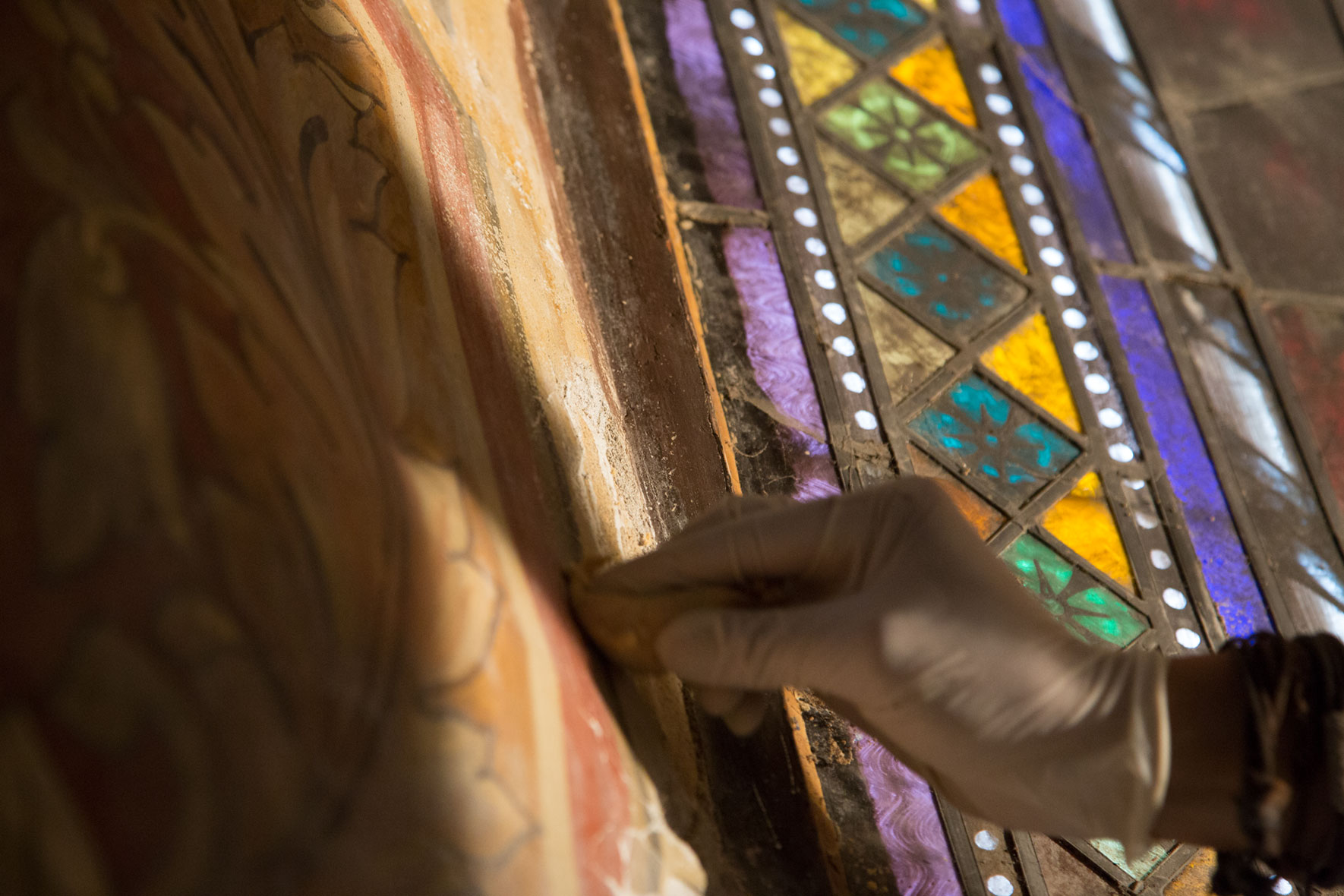