The architecture of the Pilgrim’s Church, which is part of the Monastery Complex of Siloe, dialogues with the surrounding environment and absorbs its energy. 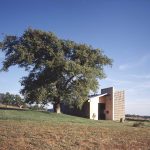 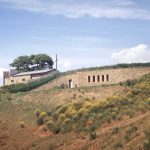 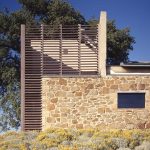 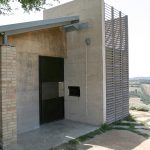 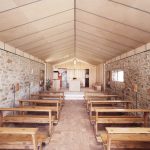 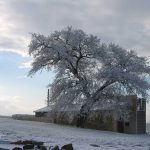 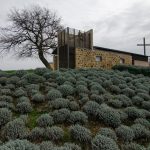 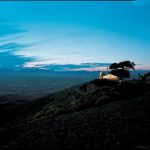 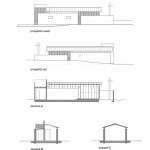 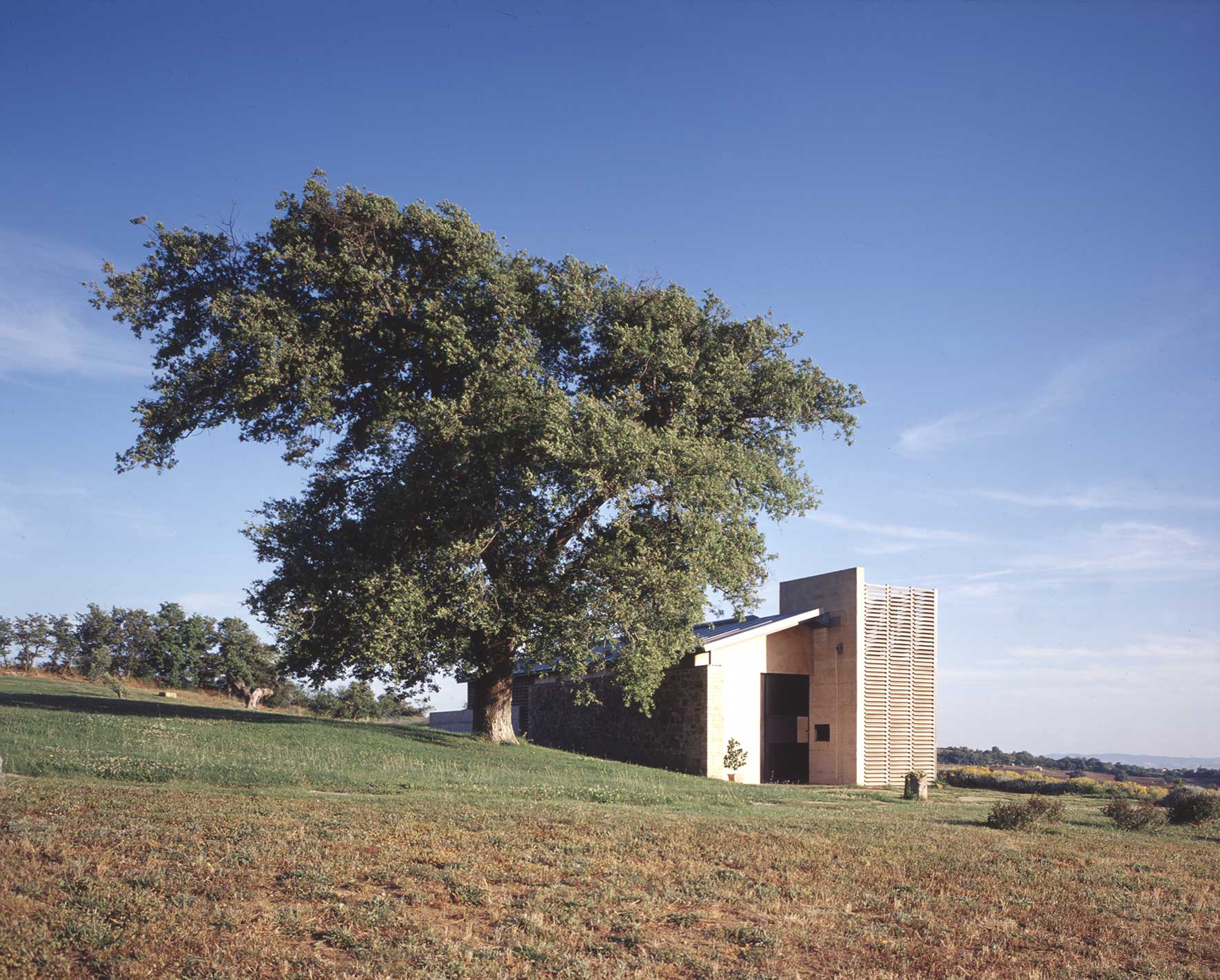 © donato di bello “15 km away from Grosseto, an old stone sheepfold located on the old route that goes from Ombrone to the mountain along the ridge of the hill has been transformed, without changing its original structure, into a chapel for religious services. A large oak tree next to the sheepfold marks the point where energy concentration is highest. A unique horizon extends from Argentario and Uccellina to Val d'Orcia and Monte Amiata. The religiousness was already very high in that place. The extraordinary balance of the place was not to be changed; the additions had to be unobtrusive yet alive, so that the place could renew its energy.” 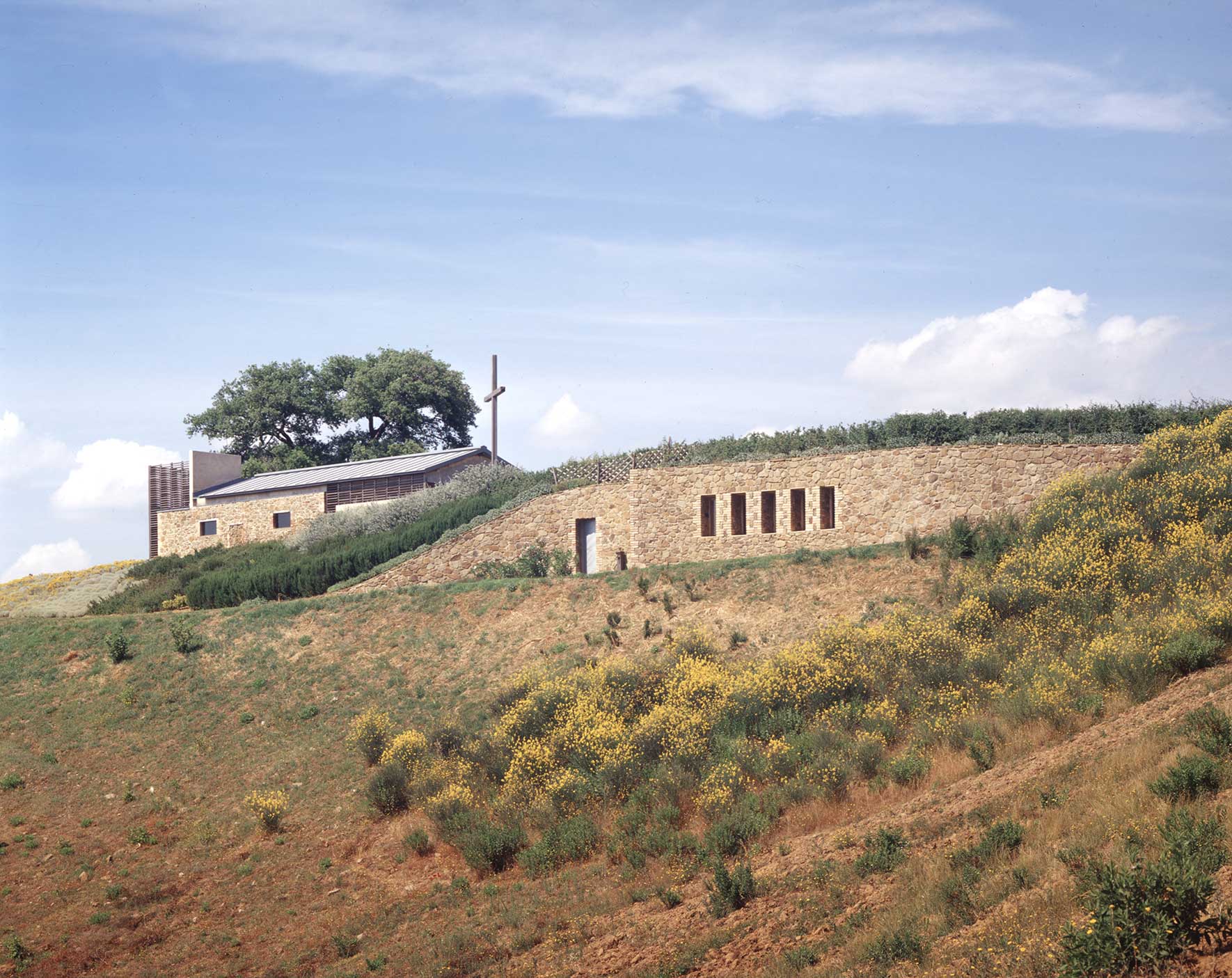 © donato di bello The project envisaged keeping the oldest building and removing any elements that had been added in the past, while adding new architectural elements that clearly mark the new function of the building. The extension almost looks as if it were created by a small explosion held back by the two old walls. The building with a wooden roof is forty centimetres higher than previously, so that there is place for the presbytery and the apse of the new small church, which are like stitched together to the old walls by a vertical frame. The materials used are wood, stone and plaster the same colours as the local soil. 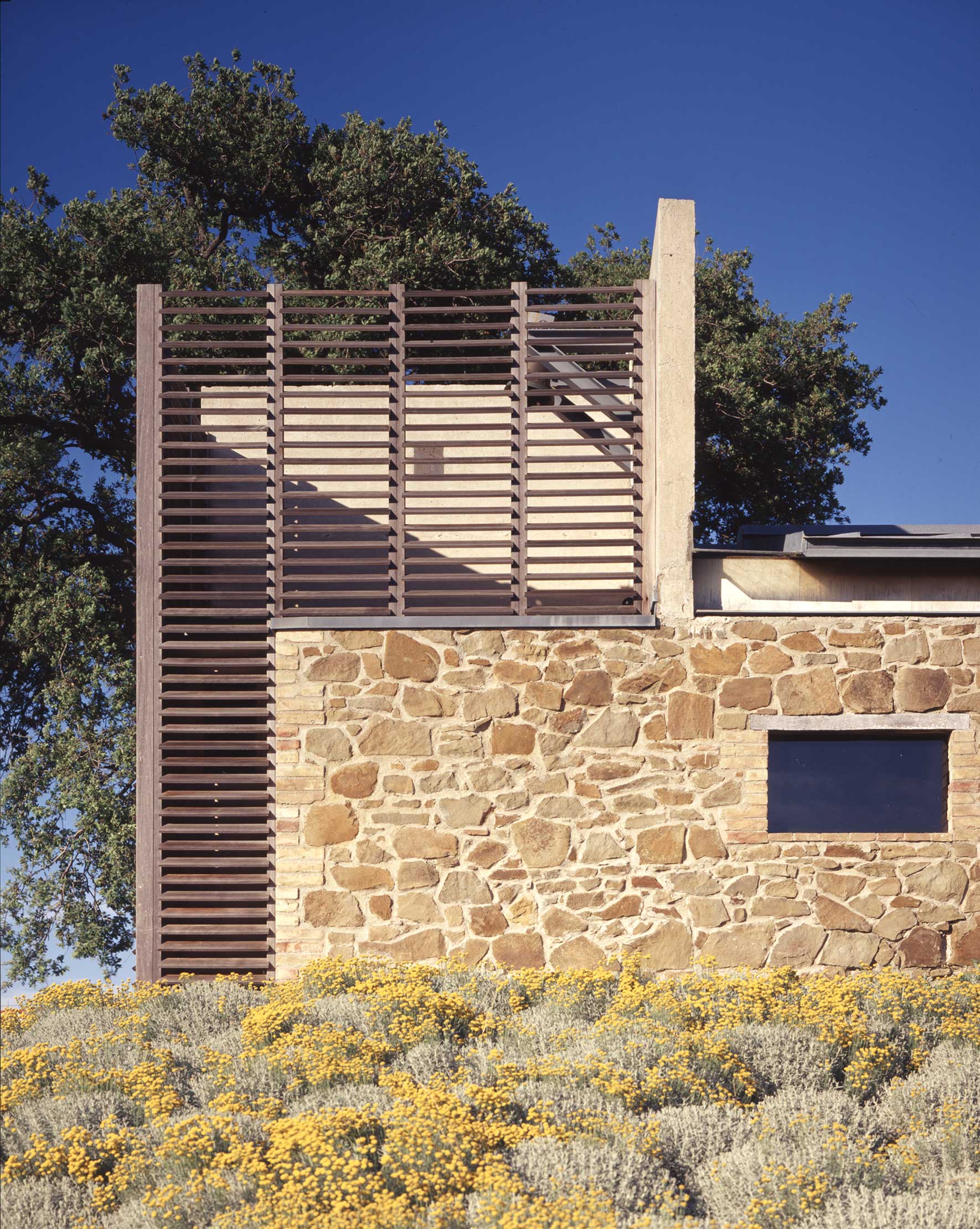 © donato di bello Traditional materials and simple spaces express a modern style at the service of an ancient ceremony and a lifestyle that preserve the sacred, historical and natural values of the place. The new curtain walls are made of light wood, as is the cross placed in a small lawn garden, which can be accessed from inside the church and is protected by a low fence made of a mixture of cement and local soil. The bell tower consists of a light tower made of thin rough wooden plates facing the prevailing wind. 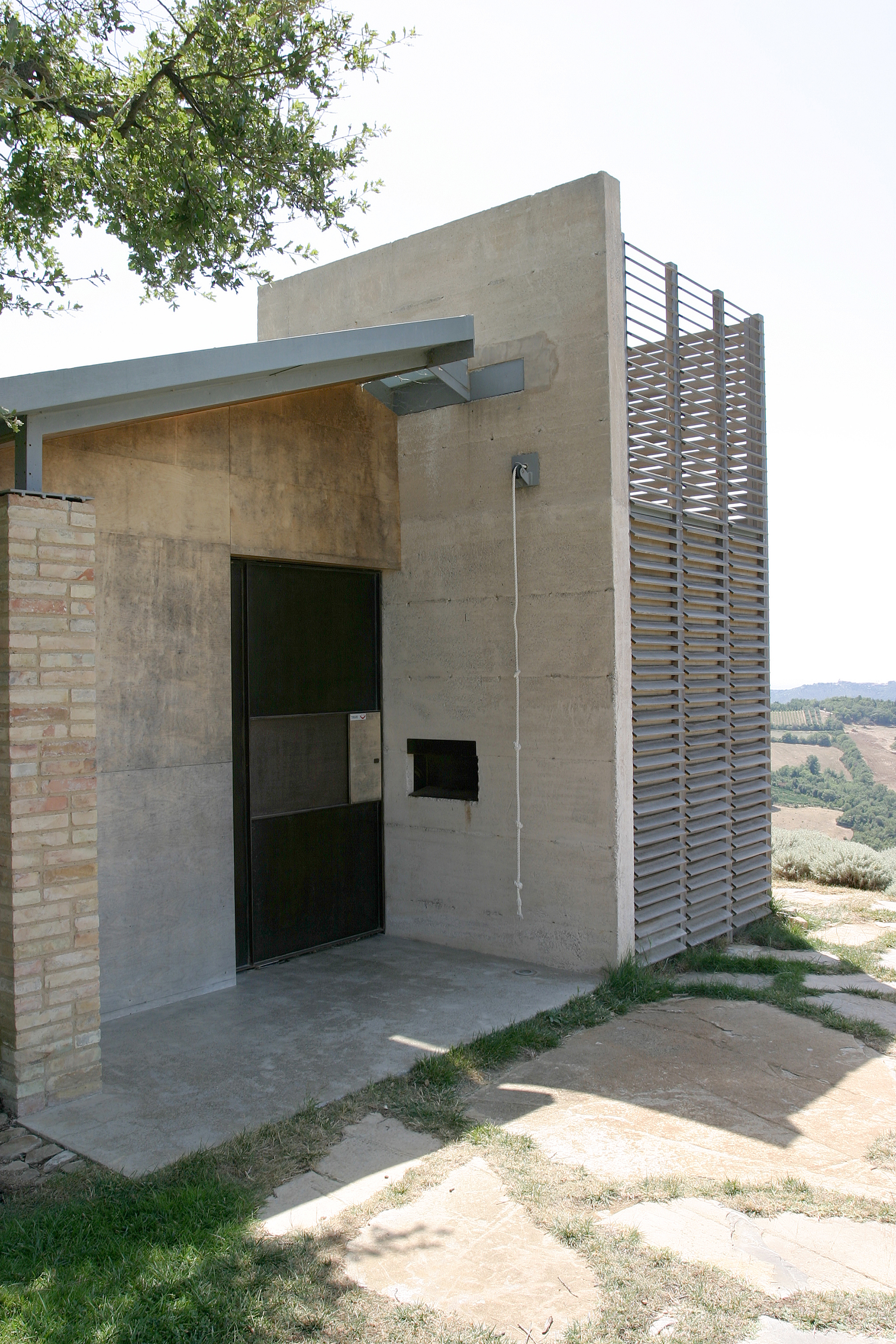 © corrado bonomo The entrance to the church is marked by an iron door, a small pronaos and a vestibule for the monks. The simple hall has a capacity of about fifty people and includes a primitive altar consisting of a slightly squared monolith from Mount Amiata. 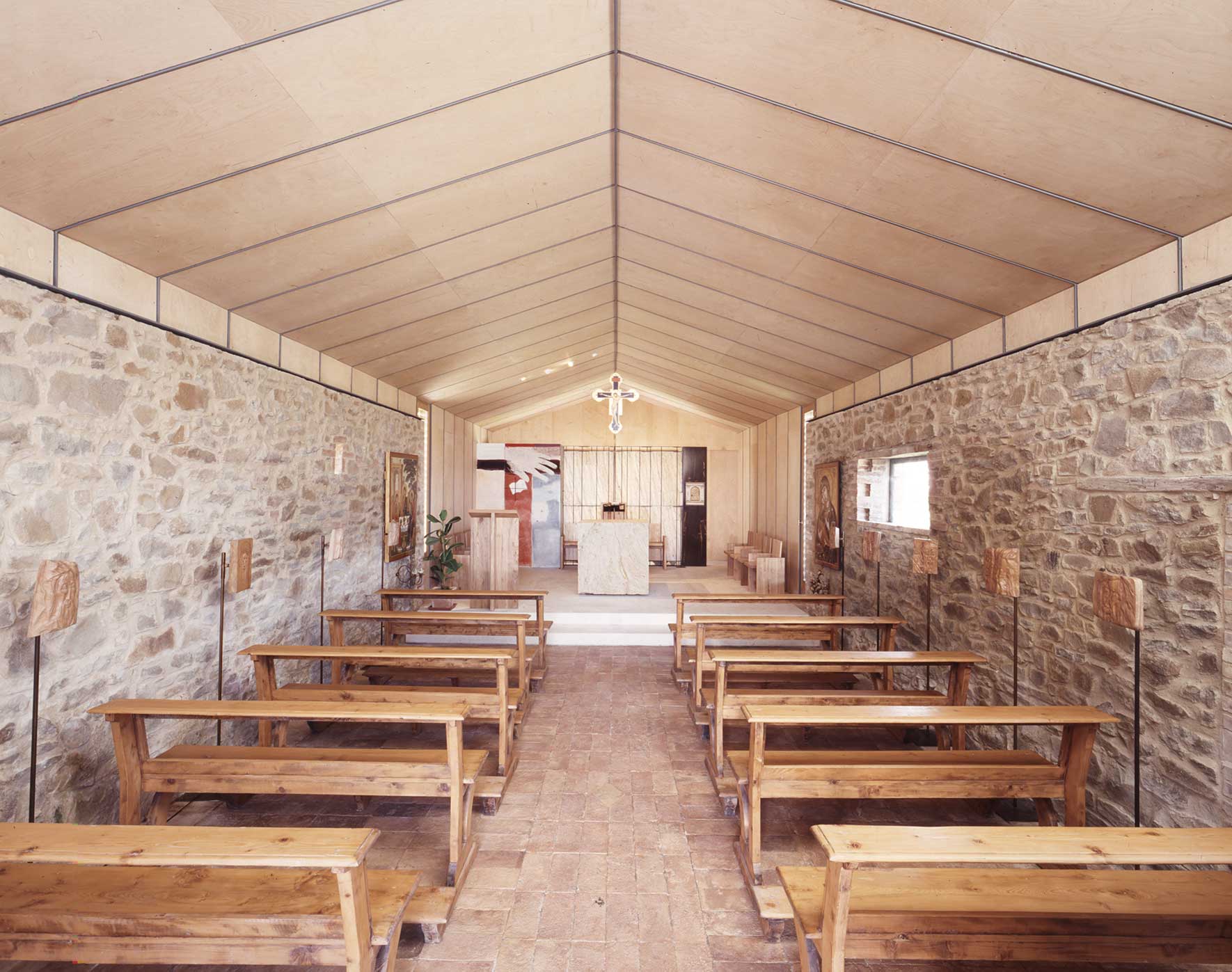 © donato di bello On the lower side, the wall has two holes towards the sea and a single slit to the east, from where the first rays of sunshine can be seen. The outdoor lighting devices can be seen, so that artificial light penetrates the church from outside like natural light. 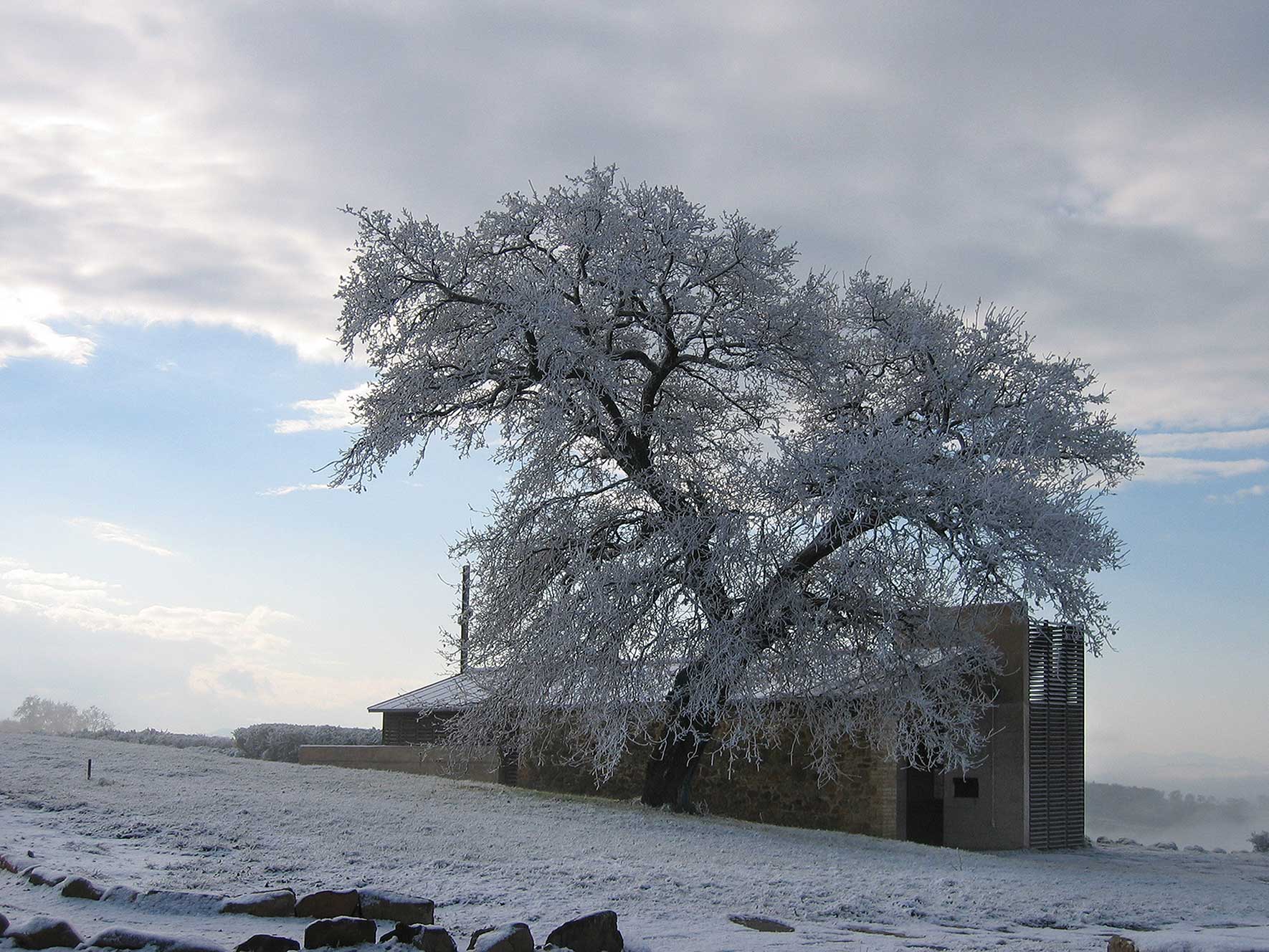 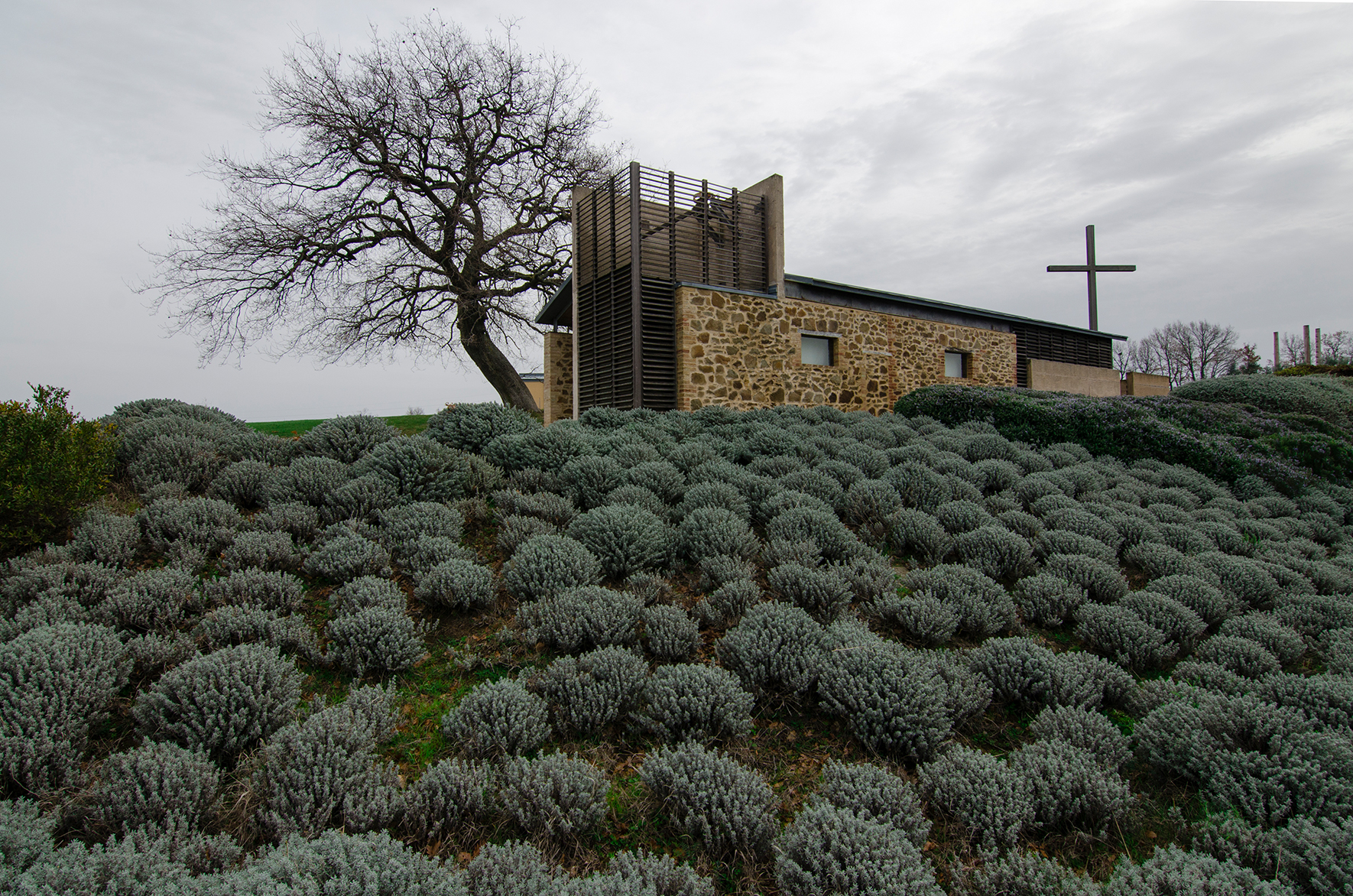 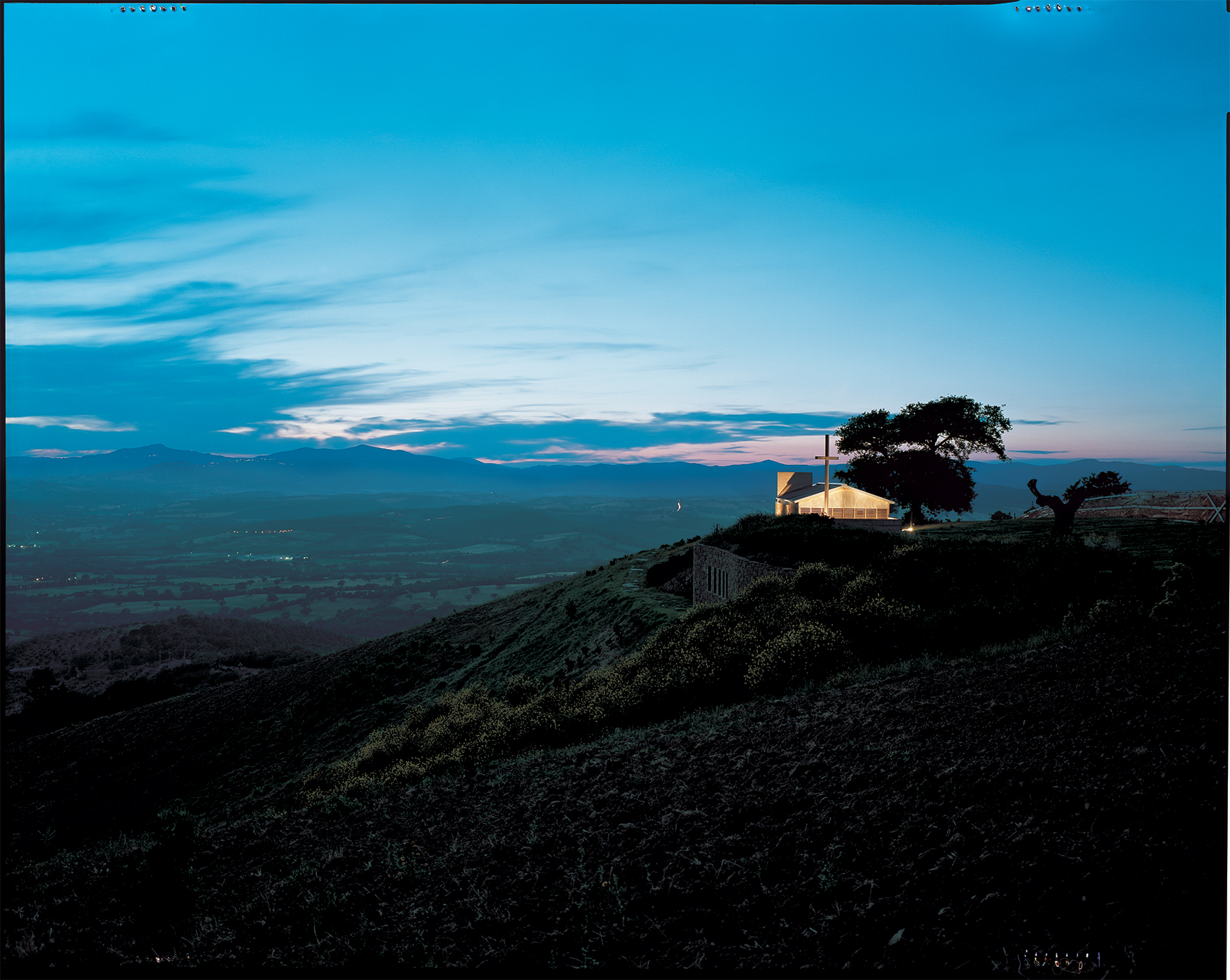 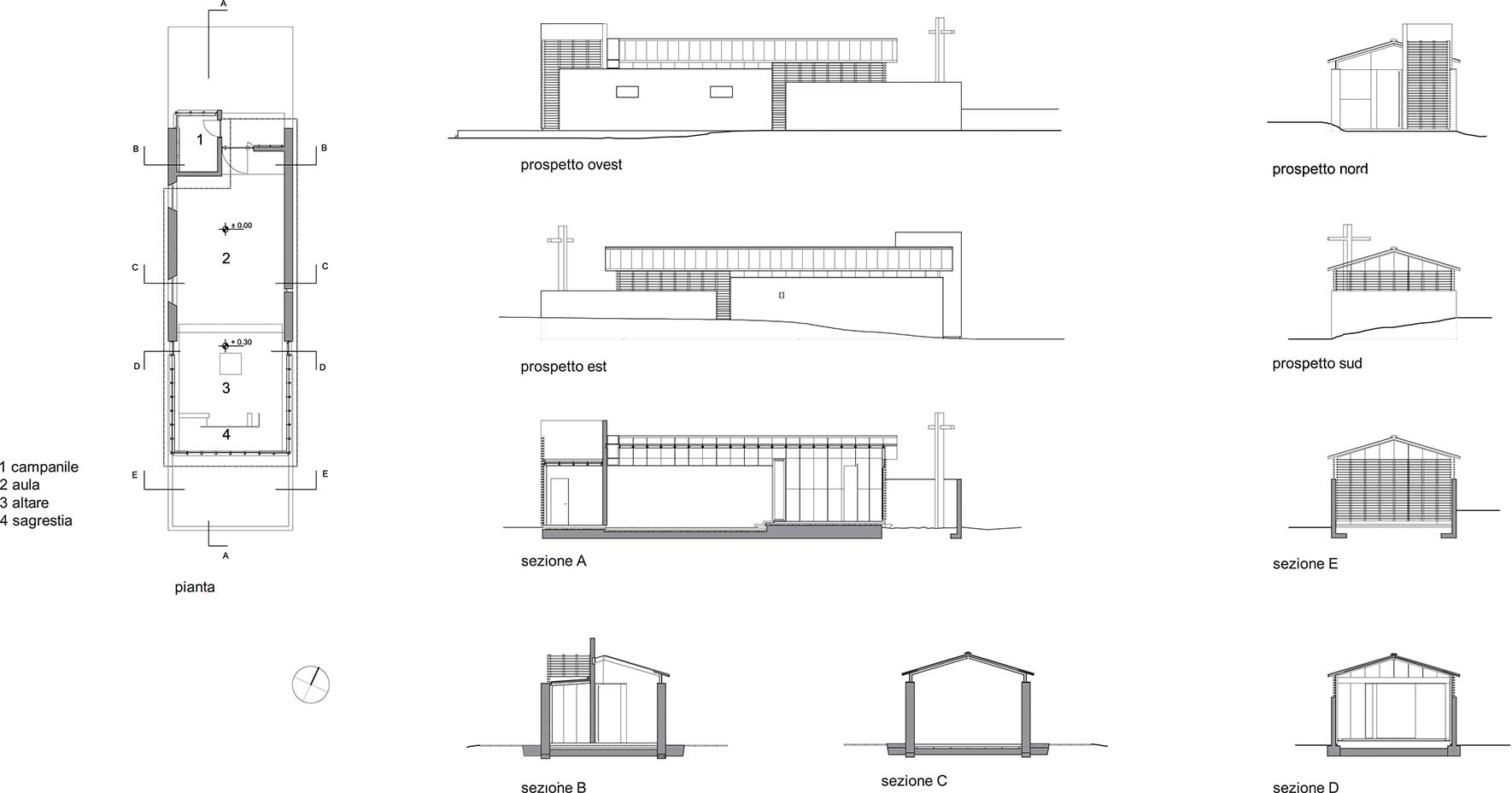