The project for the lakeside promenade in Lovere, which was awarded the first prize for innovation and urban quality in the section city and architecture, was developed in collaboration with the architects Mario Bonicelli and Bernardo Angelo Percassi. The relationship between the village and the lake was interrupted by the heavily trafficked coastal road. By leveraging on the universal fascination of water, we added a series of functions between the lake and the road to skilfully mediate between the magic of water and the noise and hecticness of road traffic. 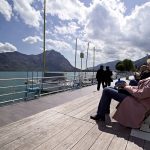 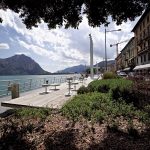 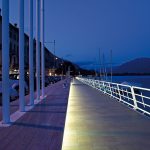 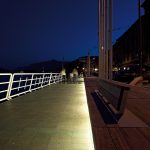 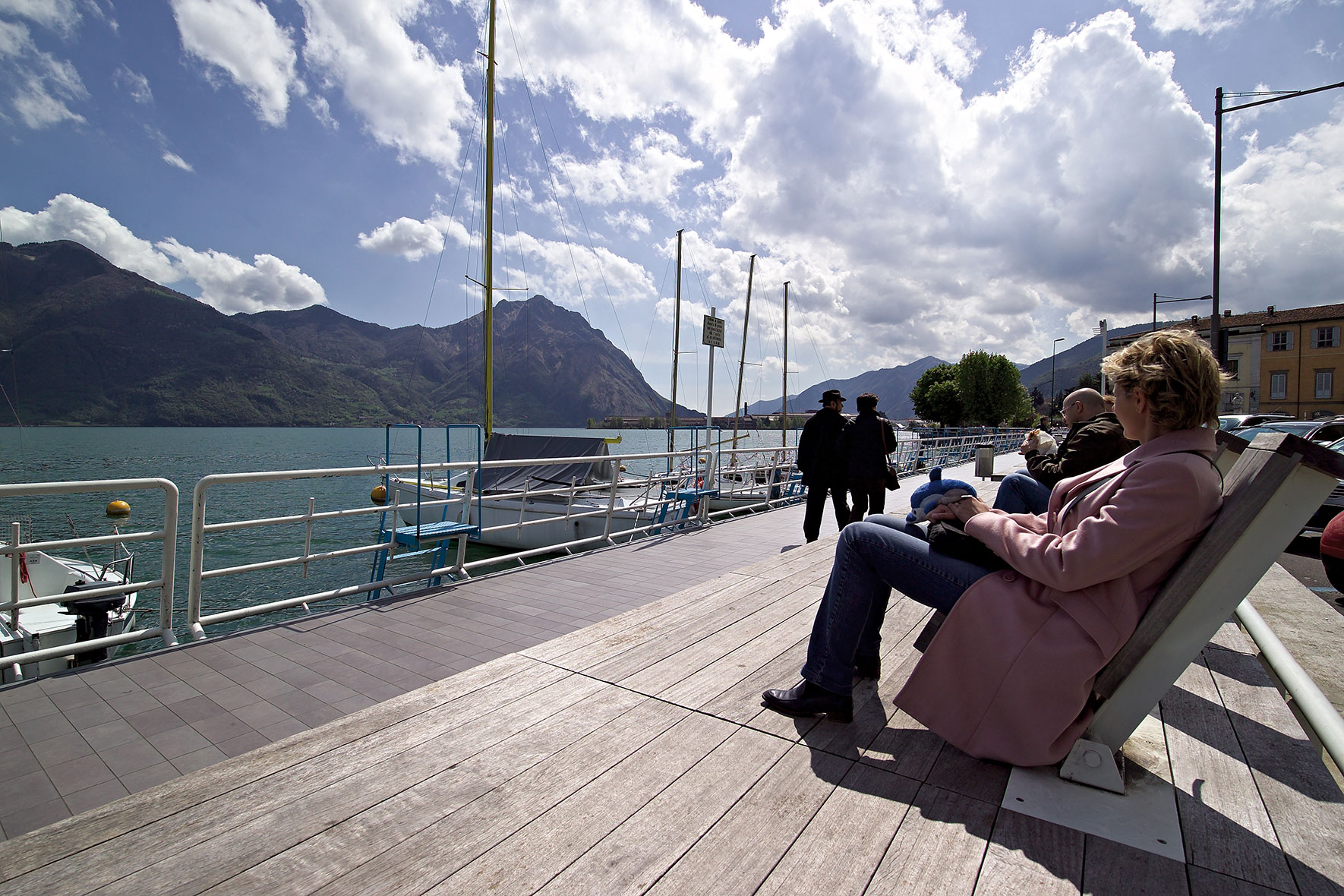 © paolo da re After two seasons, people have forgotten their anxiety and are now strolling on the lakeside while discussing the unusual architectural solution. 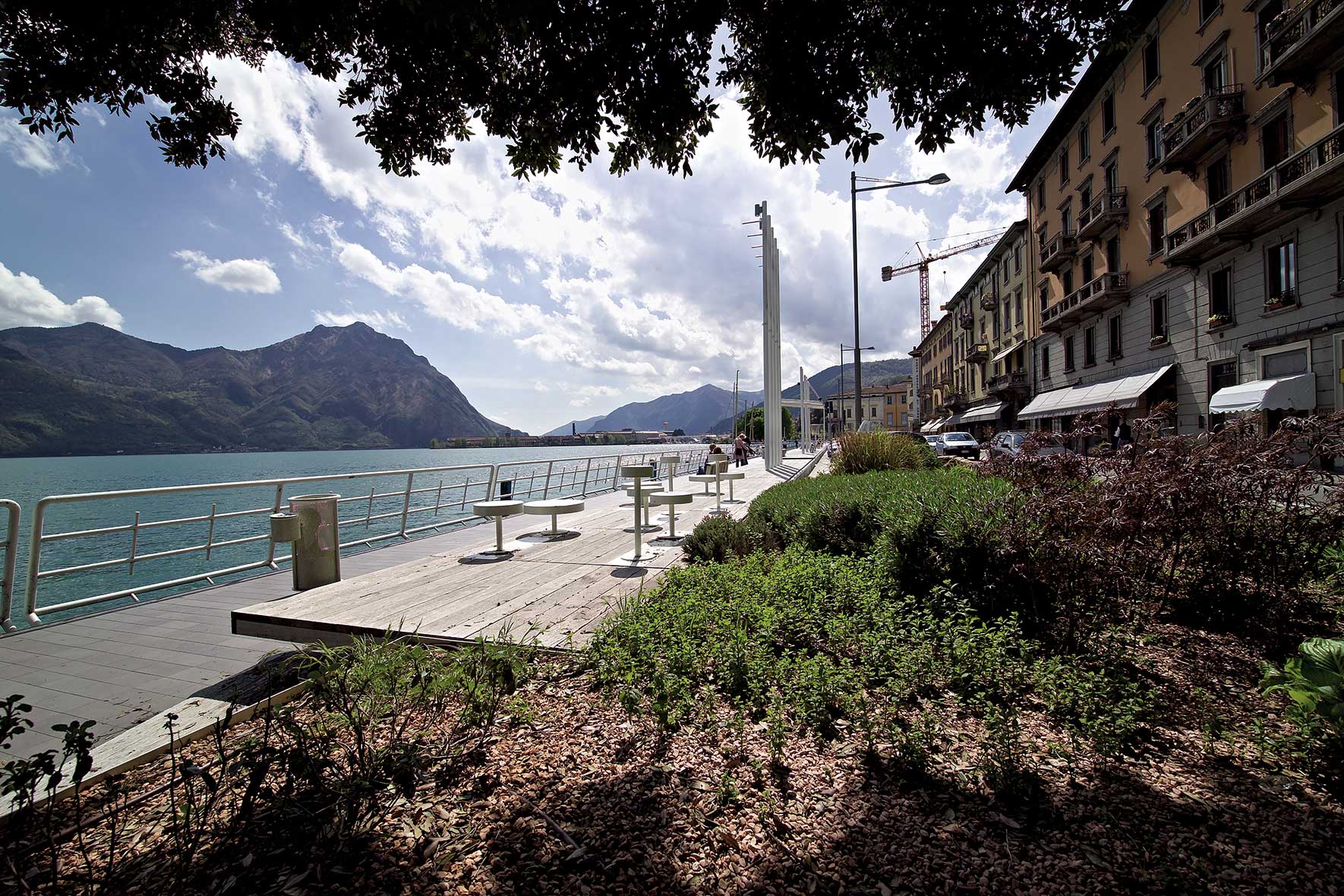 © paolo da re To create a dreamy atmosphere, we directed the lights toward the water, to lure the fish at night, and we built a wooden beach where people can lie down and watch the sky and sunbathe, and a raised platform to watch boats in the distance. 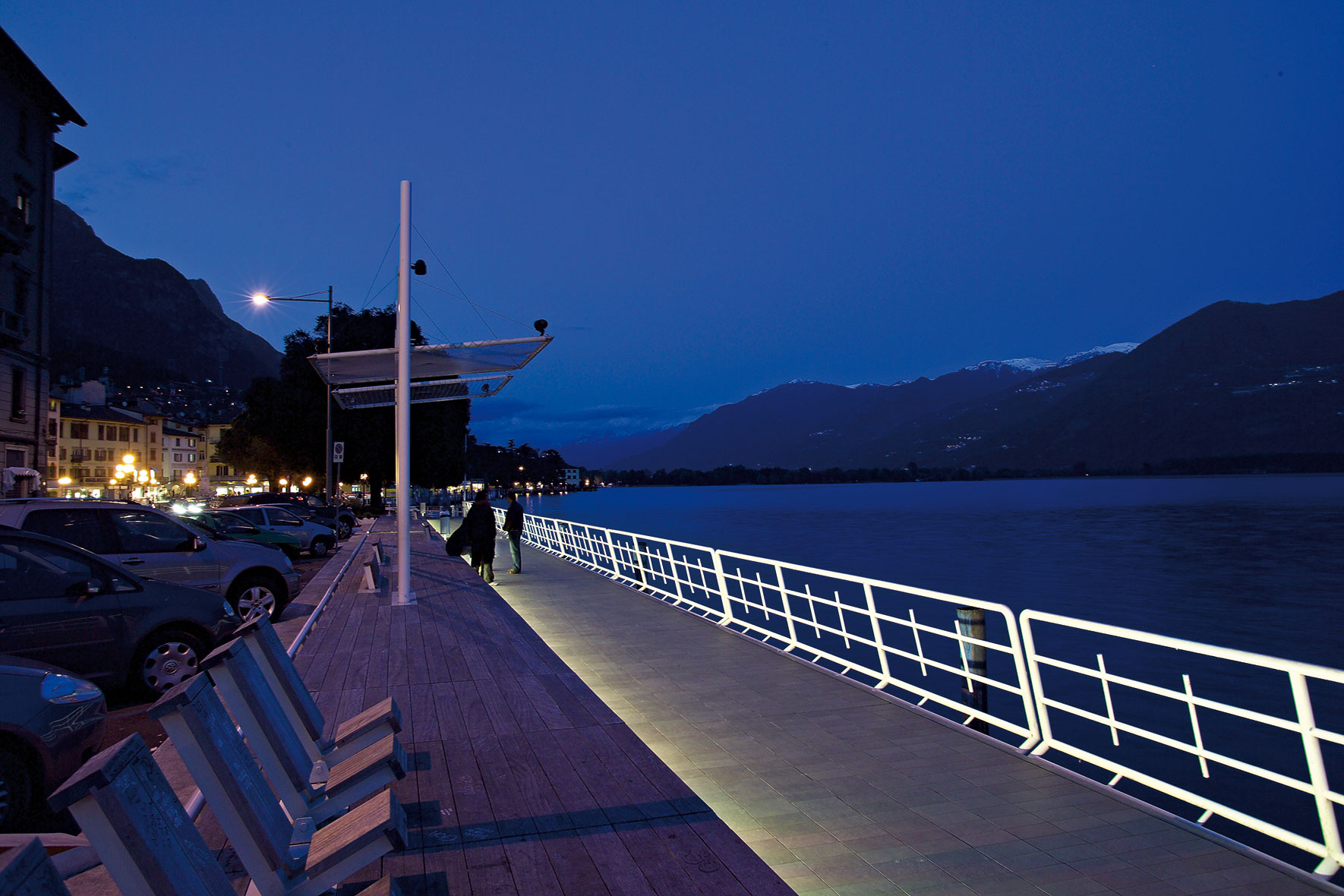 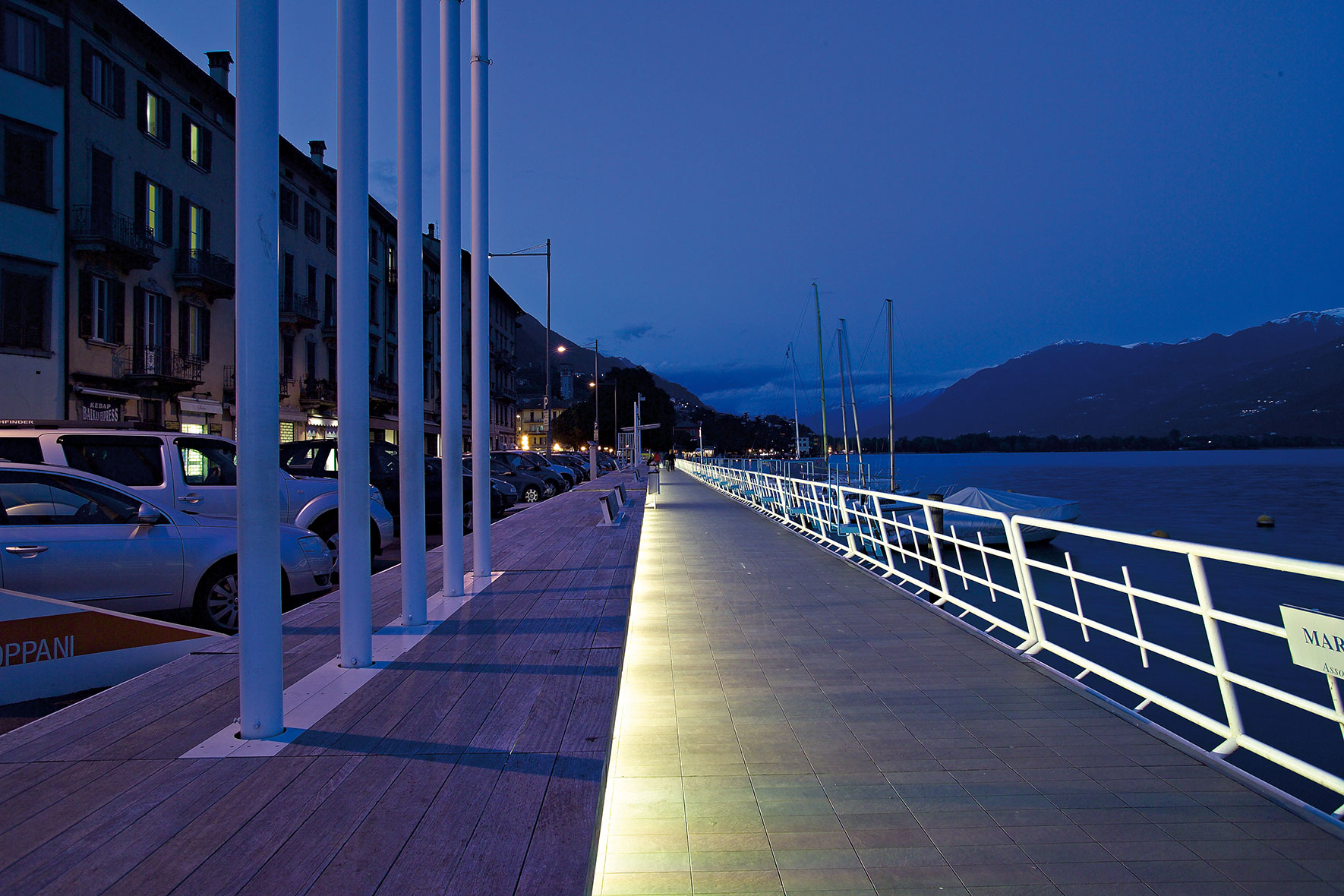 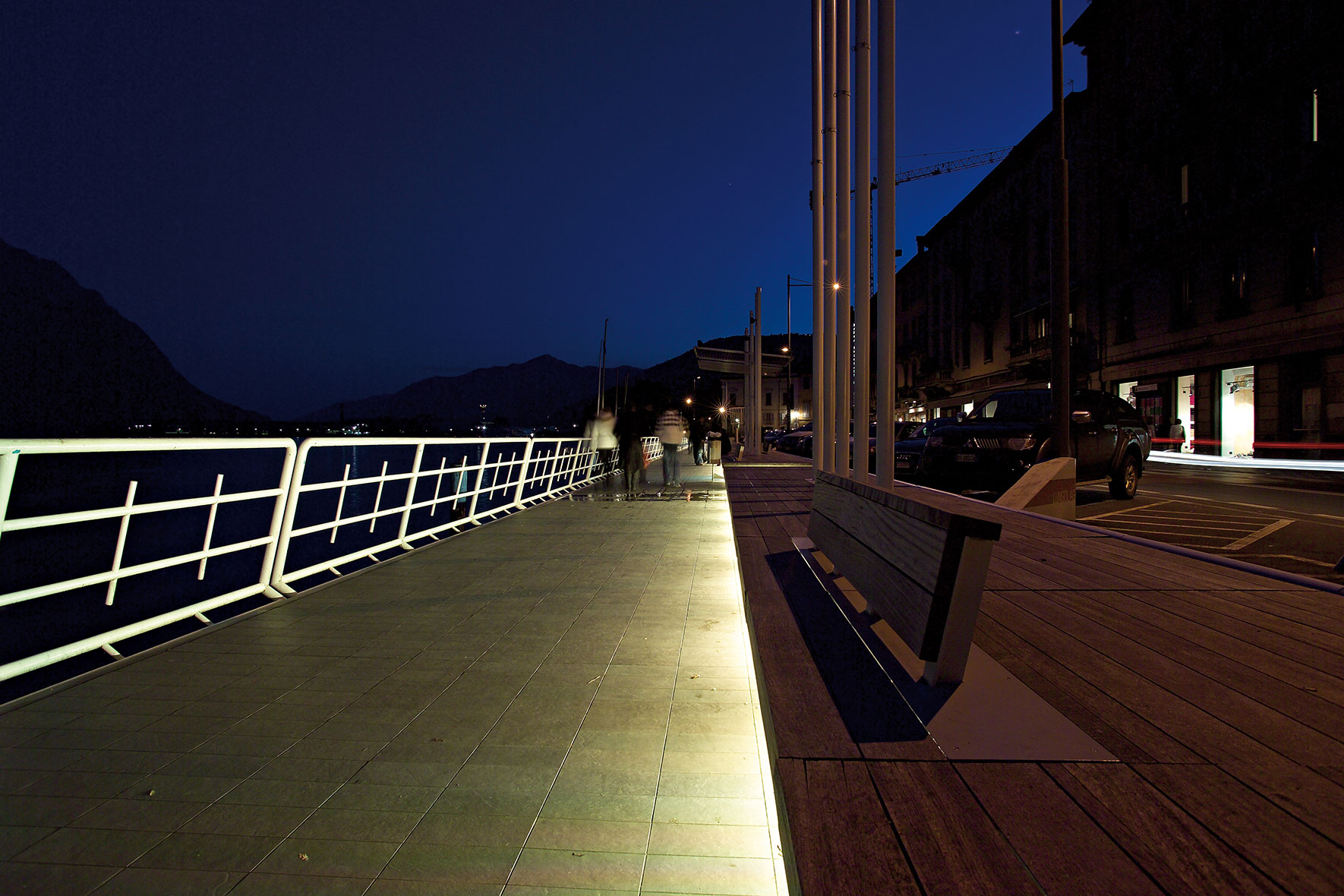