renovation of a farmhouse
in val vertova

A typical rural building in the foothills that has remained authentic over time. The building is located at an altitude of 700 metres above sea level in Val Vertova, a corner in the Seriana valley (Bergamo) with a stunning natural environment characterized by a unique biotope in the Bergamo Alps, in a privileged position overlooking the brilliantly sunny south and protected by the mountain on the north side. 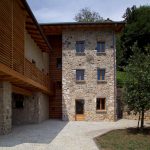 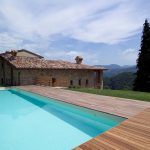 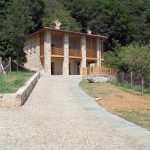 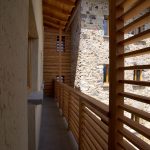 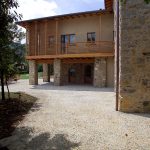 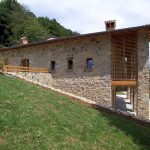 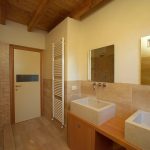 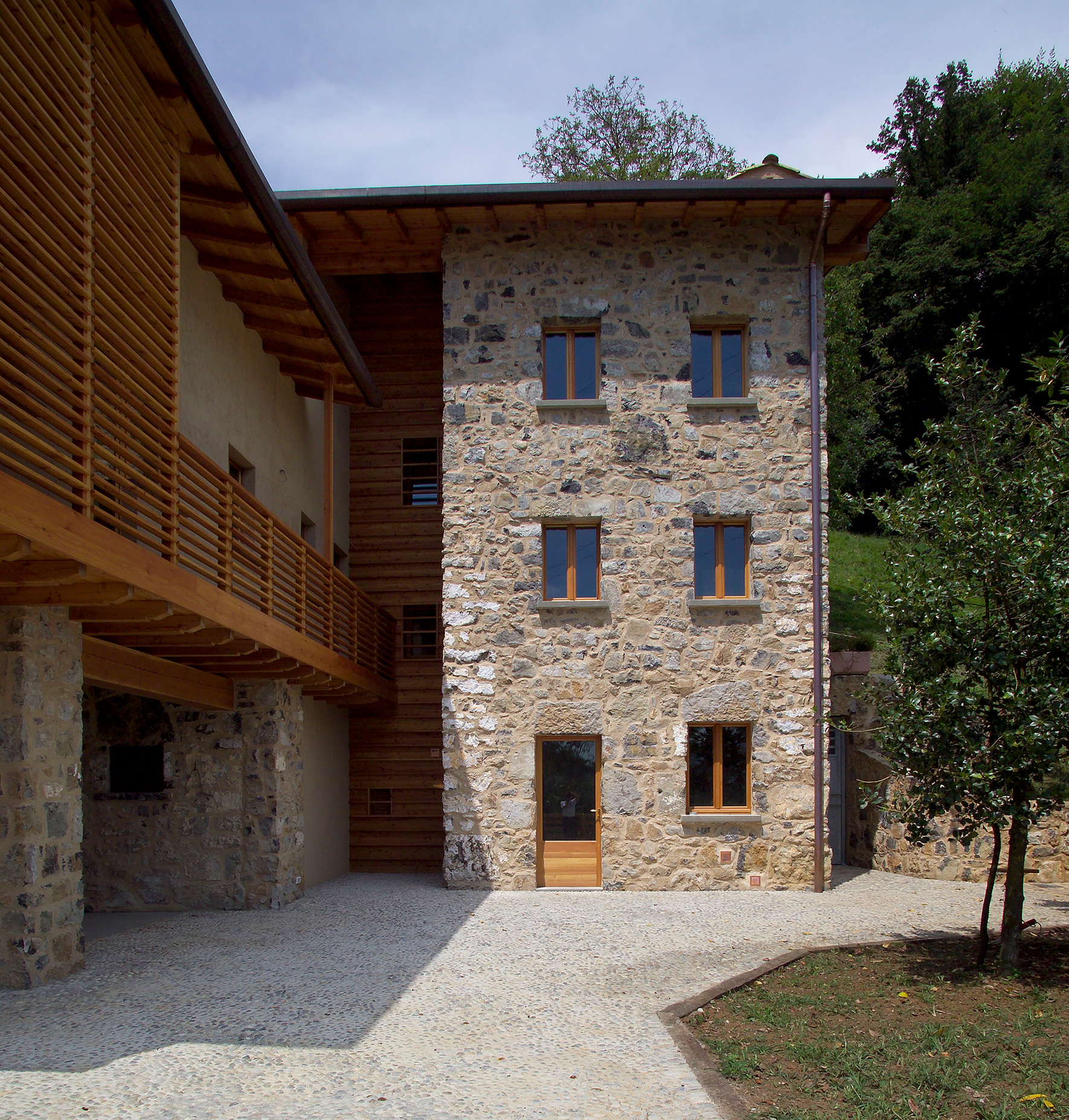 © paolo da re For this reason, the project also includes an outdoor swimming pool, which blends in with the stone wall on its edge and is heated by solar panels hidden in the vegetation and also used for the sanitary system and the underfloor heating. 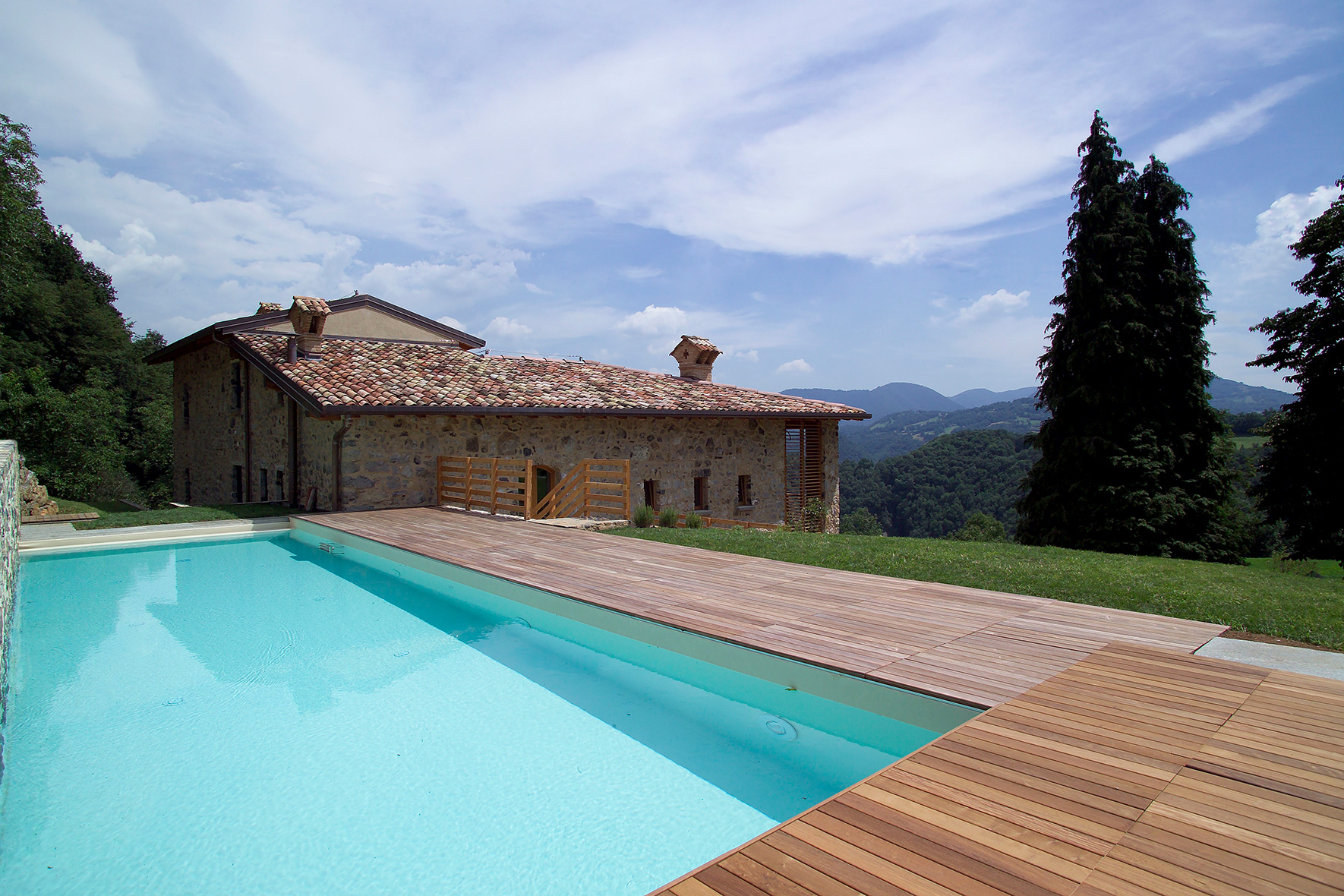 © paolo da re Cars are parked underground and the farmhouse almost entirely maintains its original layout and the original form of the fronts and has been adapted to a contemporary use. 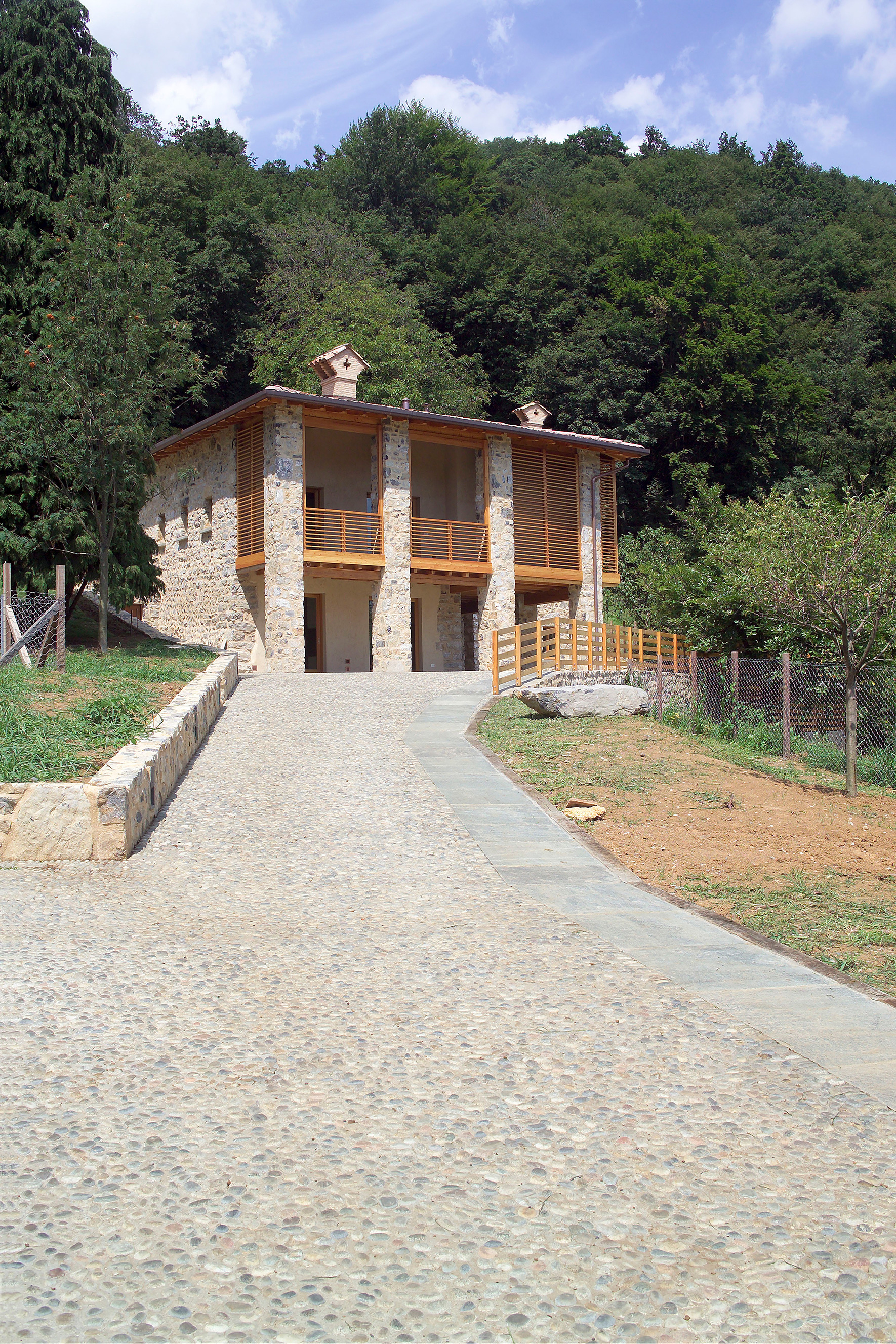 © paolo da re The two buildings are separated by a wooden wall, while the loggia is shielded by a larch grid that partially closes it. Natural elements have been used, so they have the time to age, change and adapt to the place. In addition, the plasters and finishing coasts used are made of lime, so that their colour changes over time. 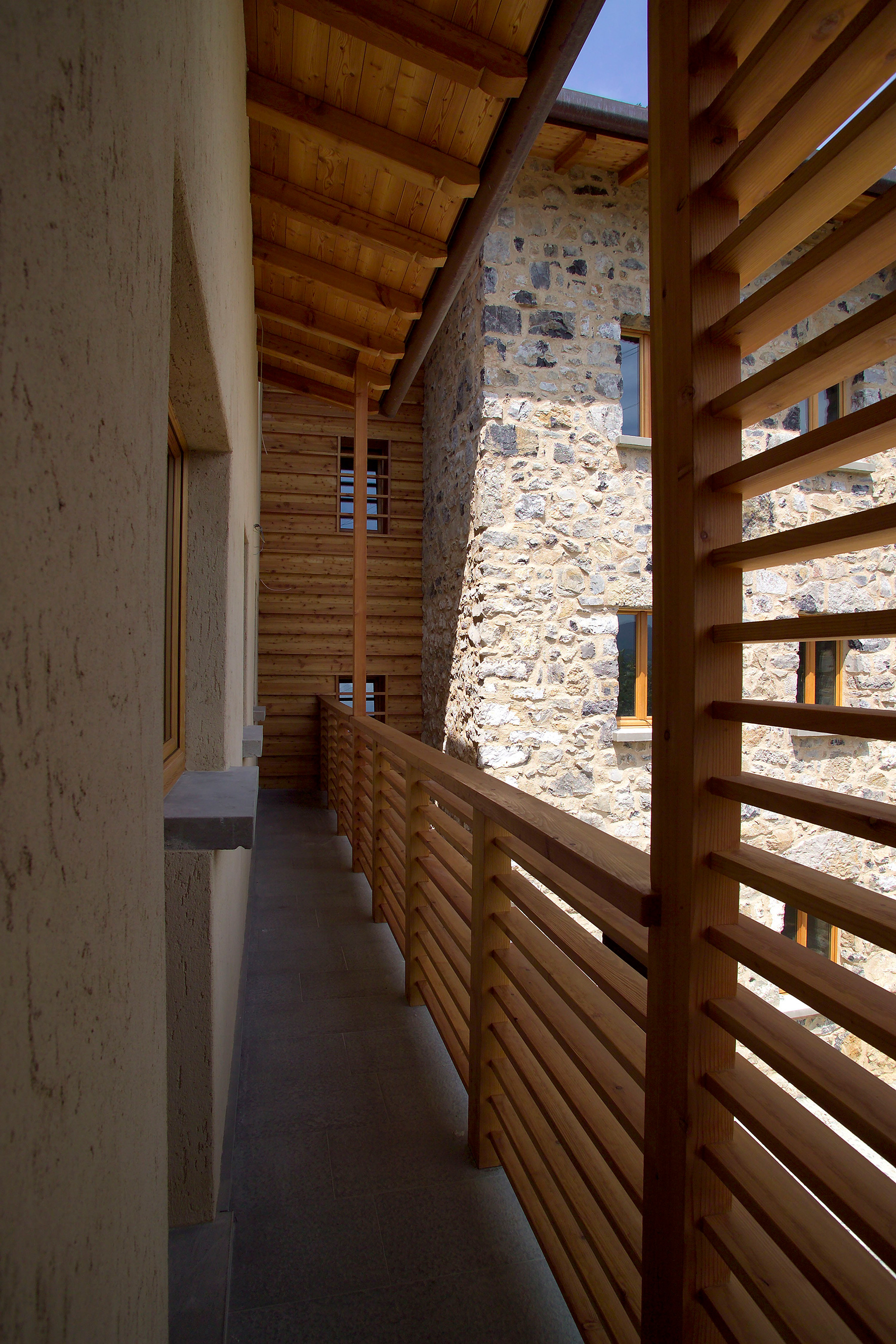 © paolo da re Pebbles and slabs made of local stone have been used for the external paving laid on sand. 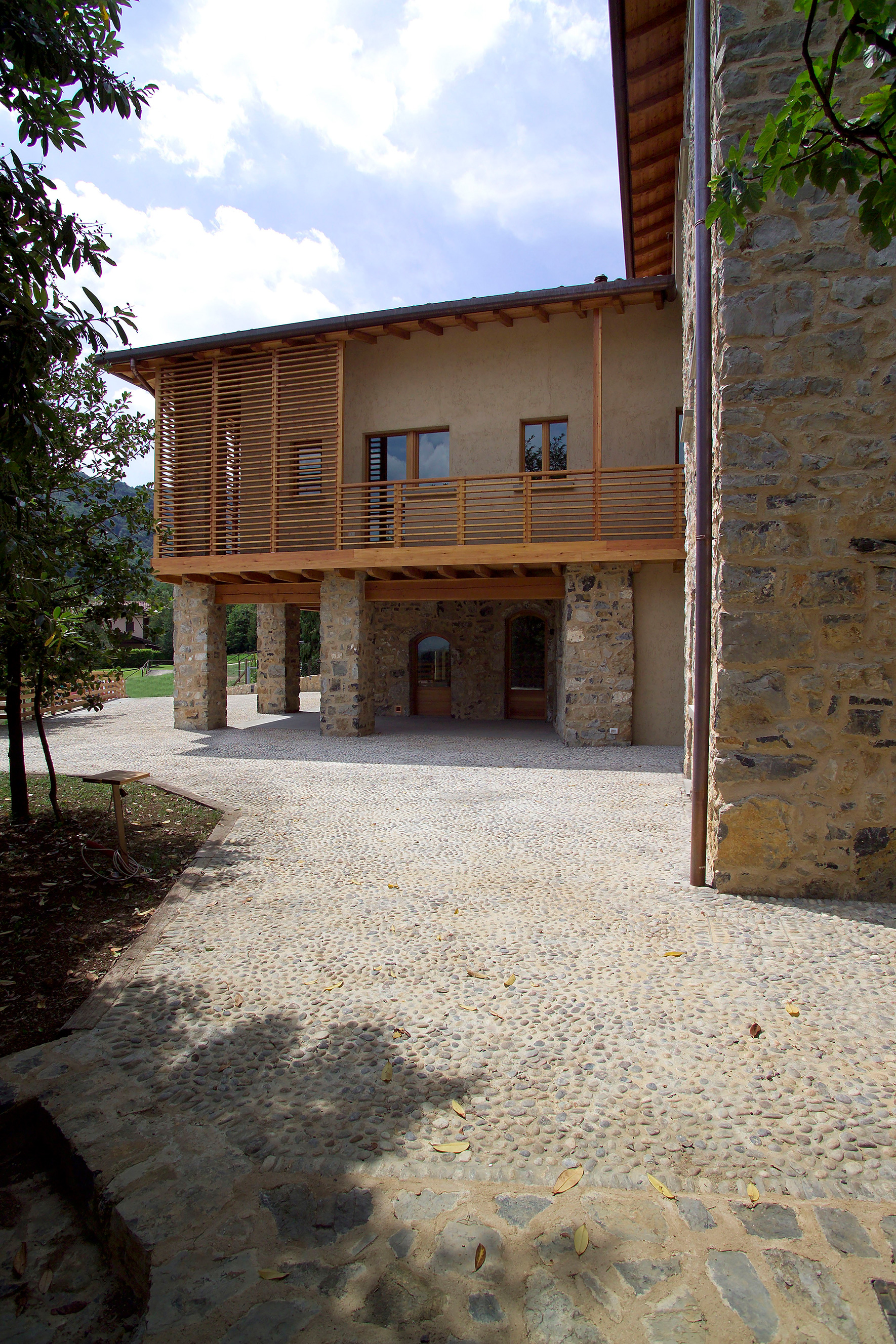 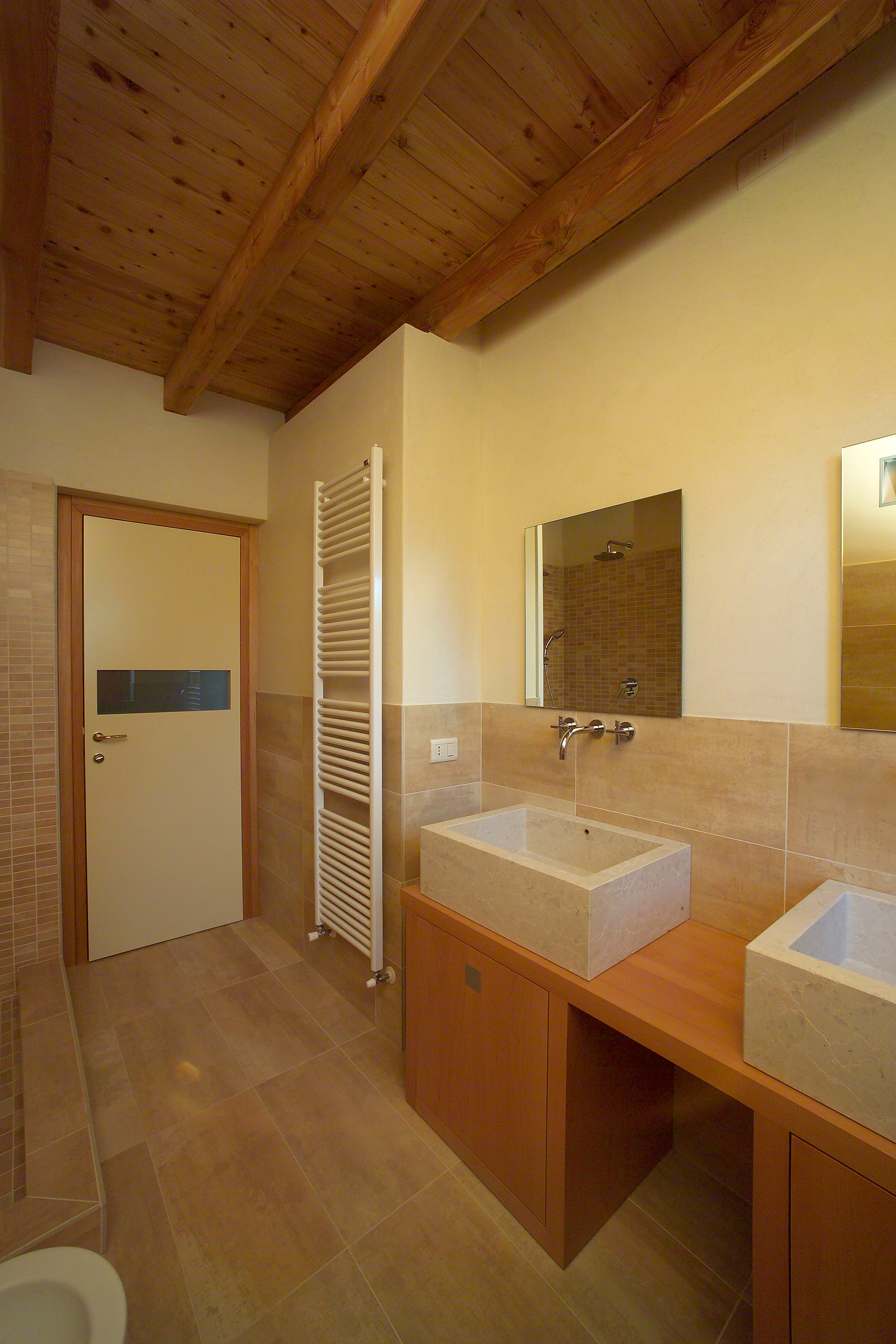