The architecture of a church is above all defined by the control of light and shadows. Emotion is transferred to us from objects through the shape that light is able to interpret, but above all from the details, from the material, from its vibration that literally manages to impress the deep strings of our spirit. 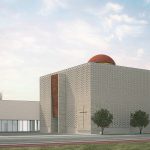 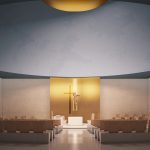 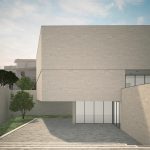 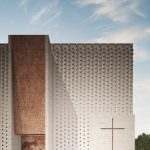 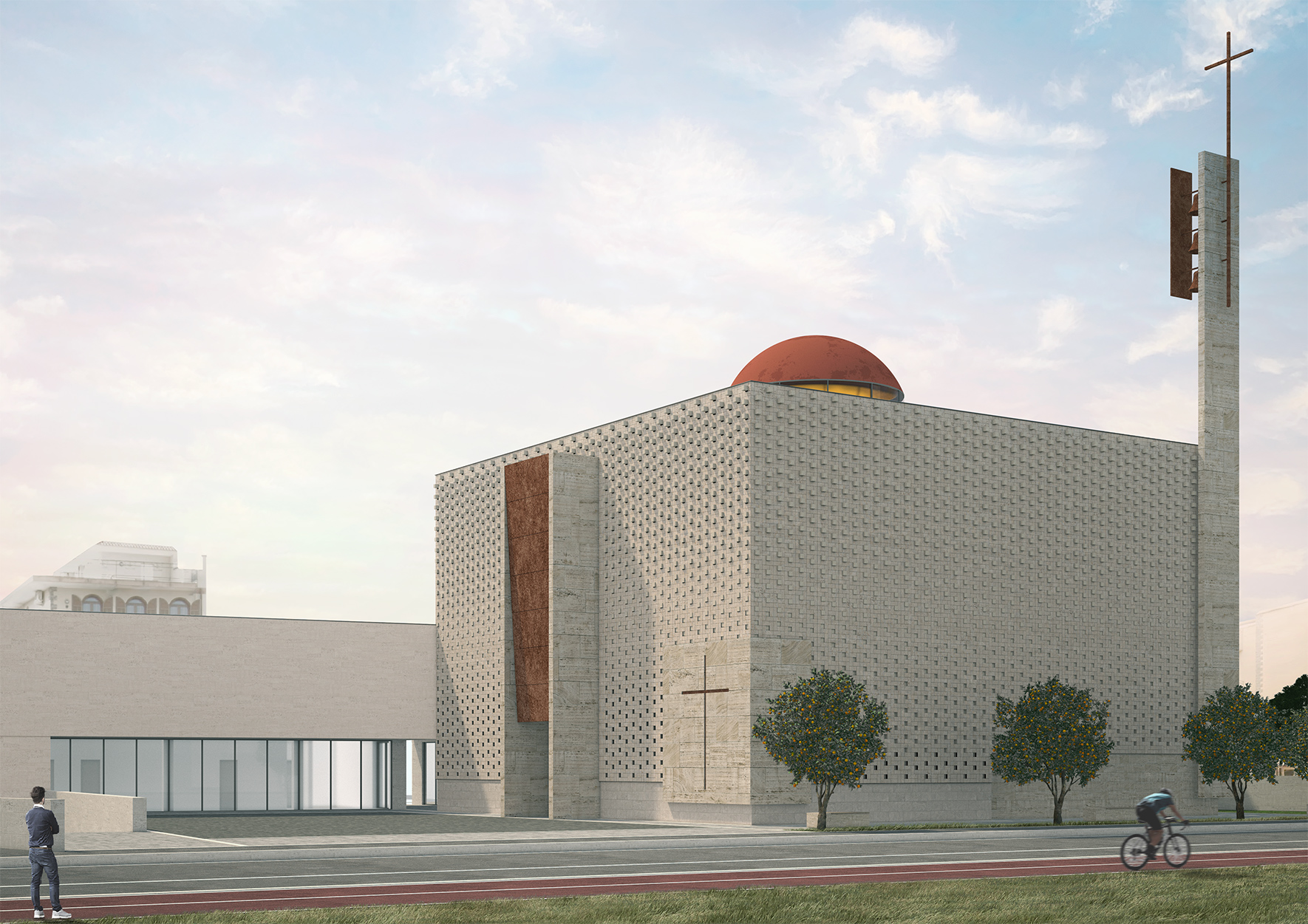 © archos studio The external face of the church is in Comiso stone. Its massive and compact base, slightly recessed, made of large blocks, is reduced, shattered and pierced rising towards the light as if it were she who consumed it, chewing its members even in an irregular way, indeed they will be the parts most exposed to the light to corrode before letting it penetrate inside. 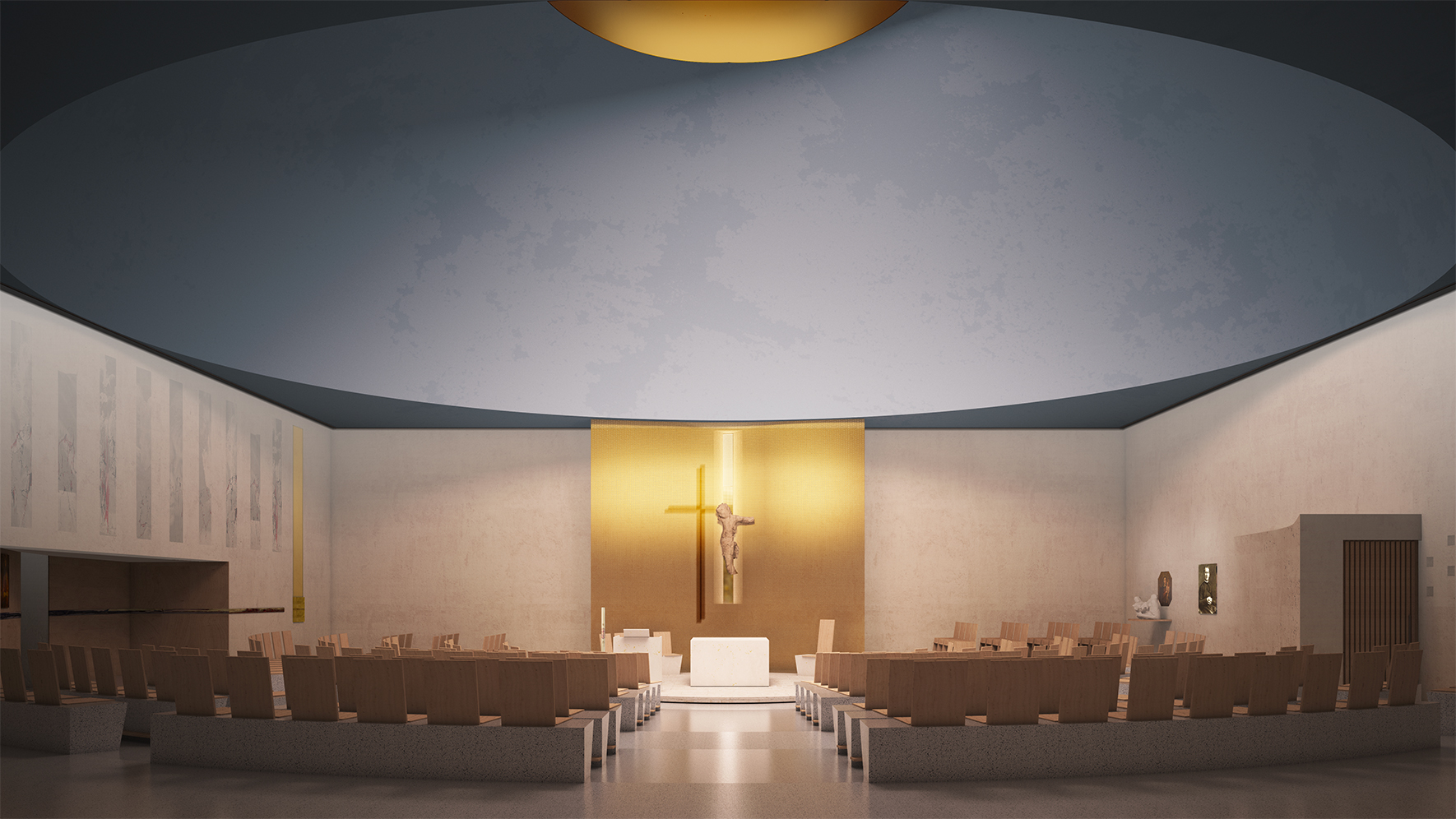 © archos studio The strong, white, Mediterranean light from the outside fades almost to extinguish at the entrance to become strong again, but indirect and reflected from above on the altar. The square plan with the zenith light on the altar allows you to impose a single hierarchy: central, vibrant with its own light, on the Blessed Sacrament and its celebration, capable of radiating from here into the church for the adoration of the Saints, of the Madonna, in the narrative. 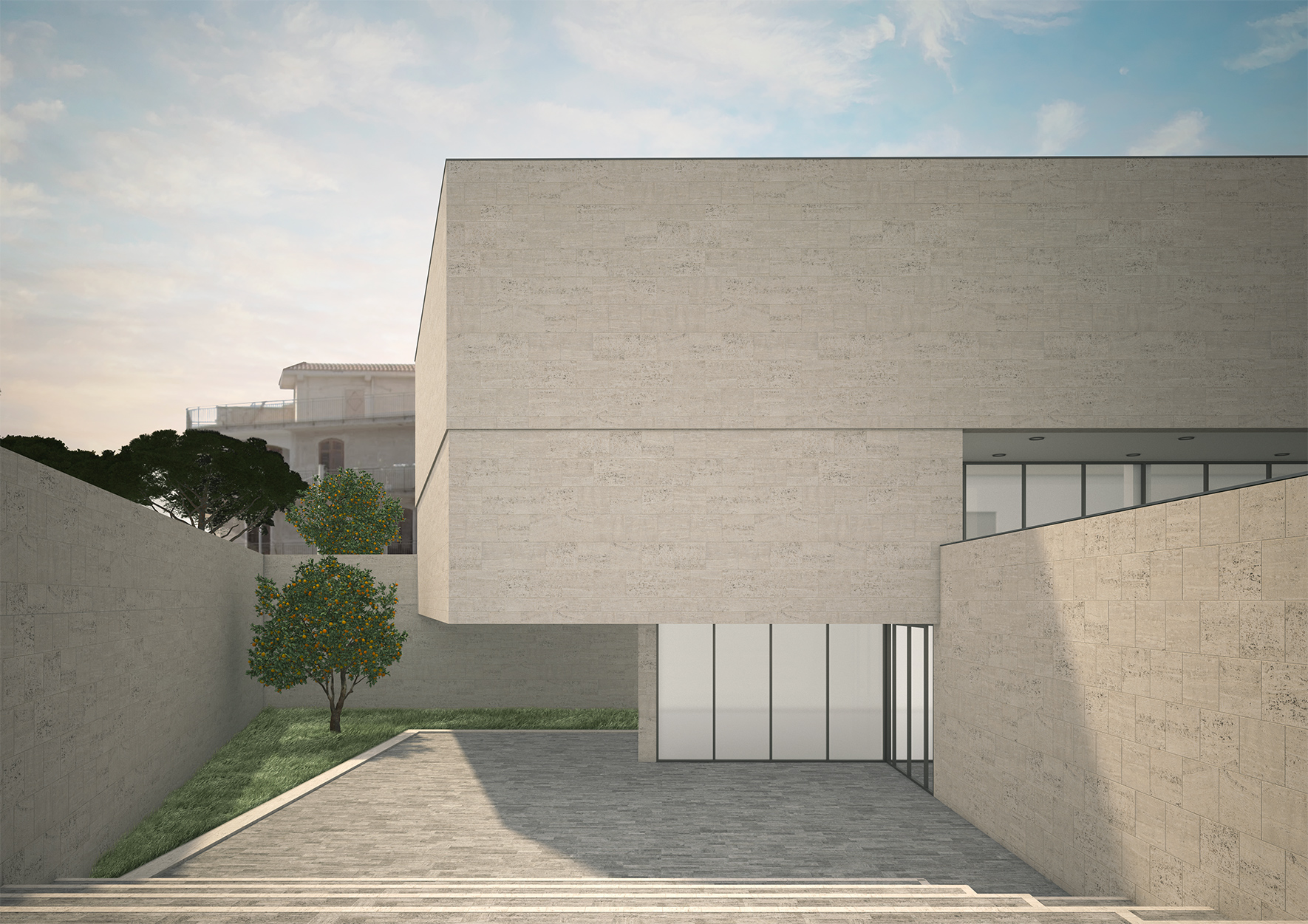 © archos studio The liturgical hall as an internal courtyard, a collective place illuminated and watched from above by a watchful and sunny eye within which the faithful sit in a circle around the celebrant who is among them, raised above only by the light. 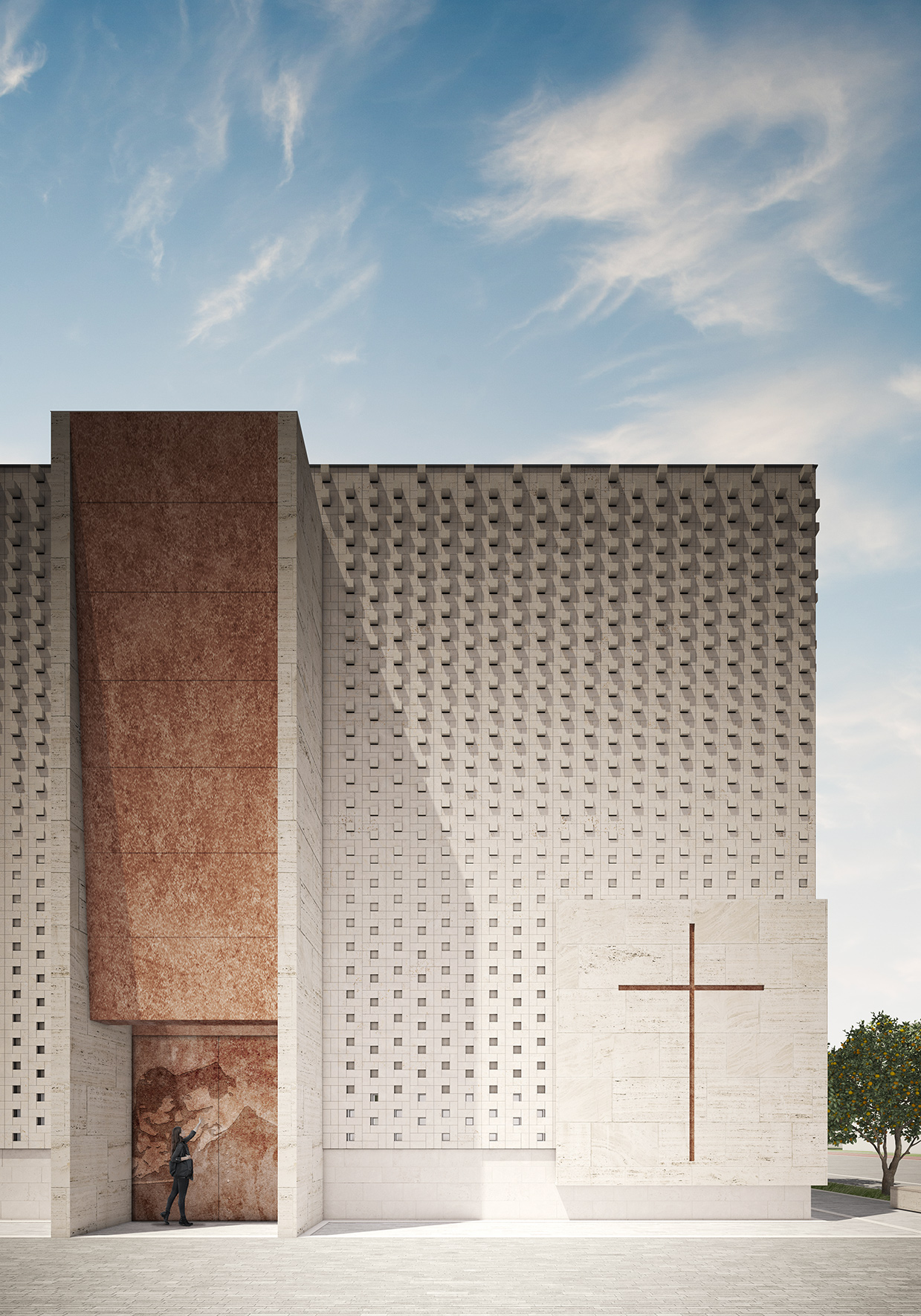 © archos studio The new church in Bagheria will have climatic characteristics obtained through the ancient techniques of North African Mediterranean buildings, made possible by an exact relationship between the liturgical hall (cooled room), the section and the height of the bell tower (wind tower). The depression in the classroom caused by the Venturi effect will be used for bioclimatic management, natural ventilation and for the primary air exchange of the entire system exactly as it did in medieval monasteries through the bell tower of the Romanesque Cistercian cathedrals.
culturedesignlandscapelivingpublic workssacredwork
see all projects