We have only two ways to protect ourselves from the violence of nature. Counter or indulge it. The strength of the mountain is so powerful that it is impossible to think of being able to contain it and any shelter, even the least humble, becomes a twig in front of it. The Corsi refuge was like that and we start from there. 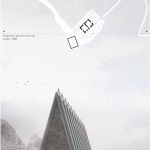 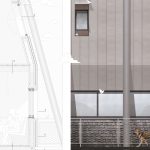 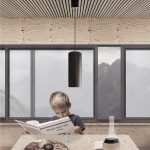 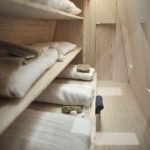 © archos studio The design objective is to establish a relationship of continuity and analogy with the original nucleus of 1880 by designing, above it, an element in tone with the place and its conservation. The language of the new volume resonates in the landscape, replicating and renewing the peculiar character of the first building. The compositional design offers a careful reinterpretation of the refuge in a contemporary key, thus recalling the formal aspect of the Hut which represents the memory and identity of the refuge itself. 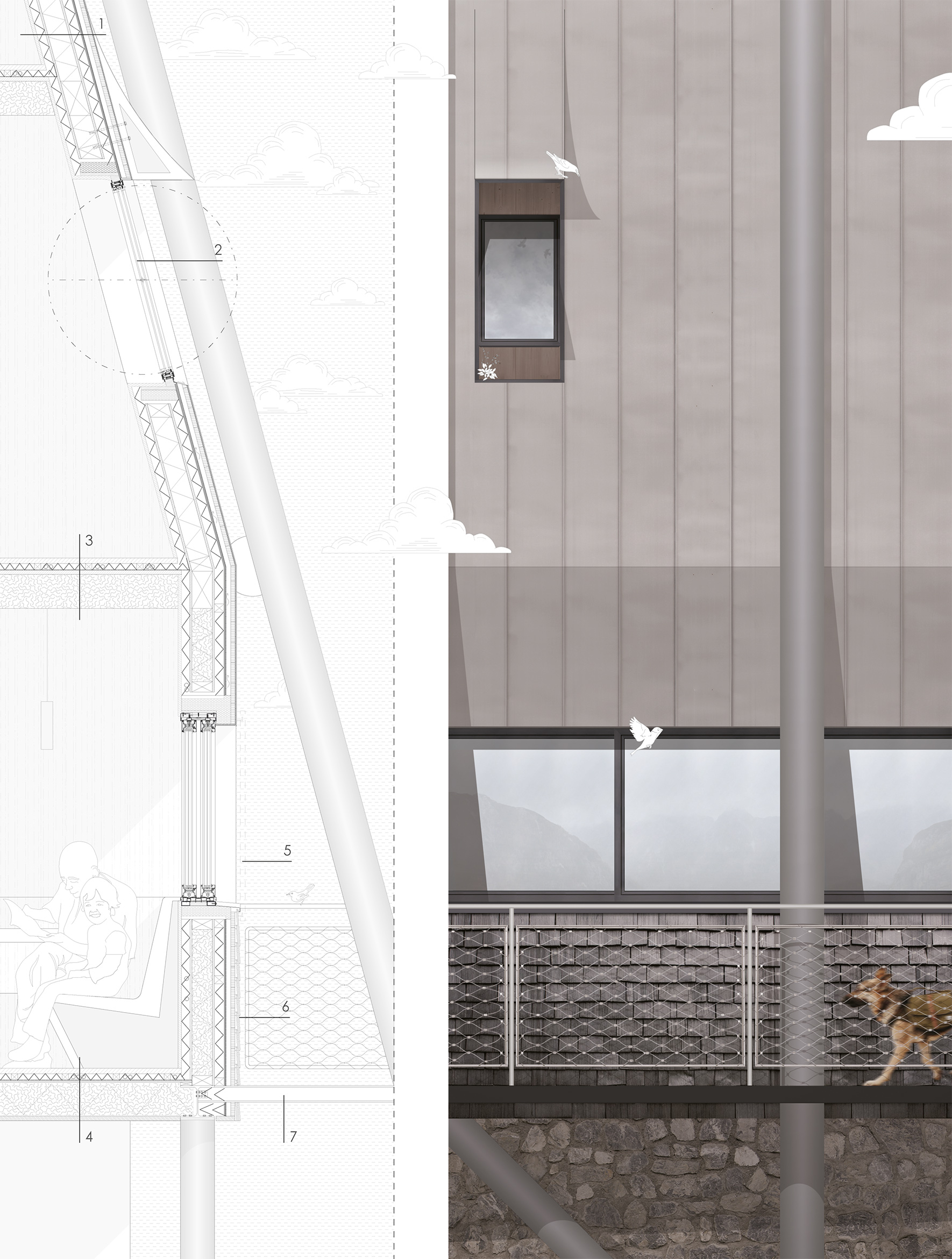 © archos studio The bearing structure, which wraps the entire volume of the refuge in a suspended embrace, rests lightly on the earth, like a gentle caress that respects the nature of the place, communicating in every aspect with the landscape and with the perception that the host has on it. The structure thus becomes a fundamental part of the project, the common thread that unifies the hut concept with the concept of lightness. 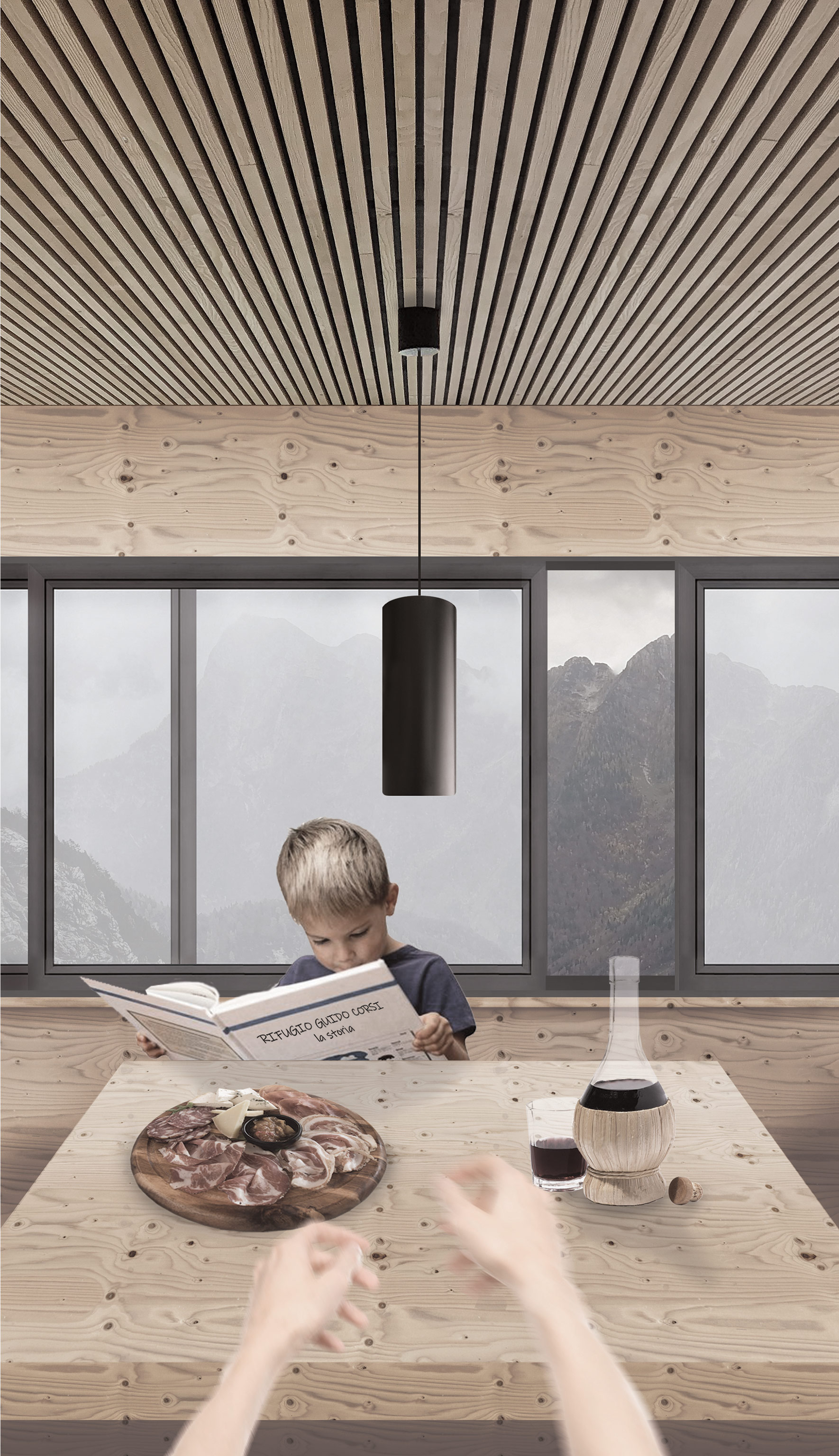 © archos studio The material proposal represents the conclusion of the project's search for identity. The red cedar shingles, in addition to the chromatic transformation over time, will compact the facades into a single element and the zinc-titanium coating, a material of great character, extremely flexible, natural and respectful of the environment, is characterised by a high performance and almost very low maintenance. 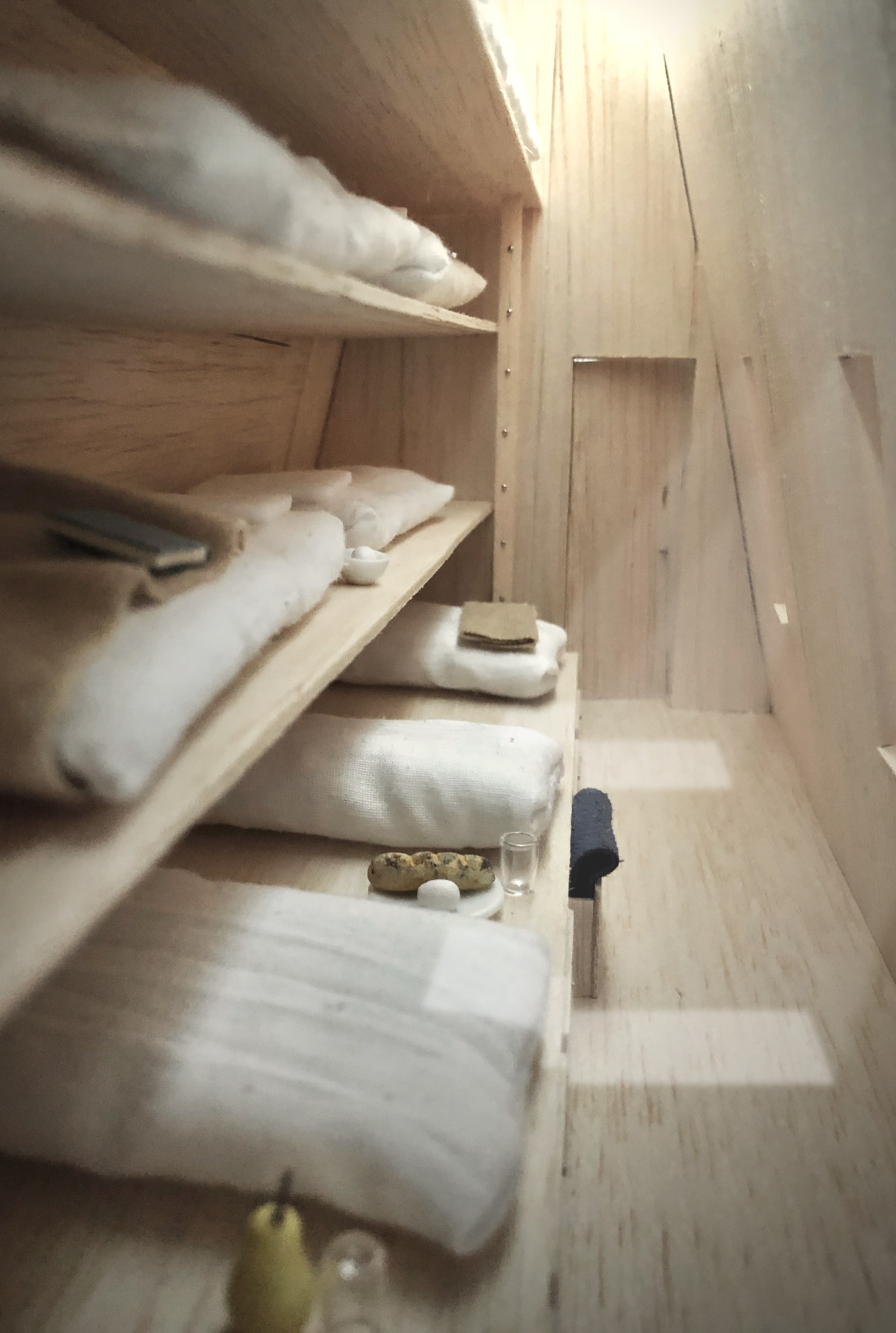 © archos studio The new distribution is clean and linear, the vertical development of the building produces a clear spatial hierarchy. Particular attention has been given to the architectural element of the corridor which, in addition to being a servant object, becomes a space of discovery and contrast with the rooms. On the highest floor, the corridor becomes livable transforming itself into a dormitory.