The renovation of an apartment created by merging two apartments in the historic village of Santa Caterina in Bergamo. The apartment has a total surface of 140 square metres and is not divided into rooms, but in places where people can stay. The only four doors are actually full-height acid-etched glass walls that separate the rooms without outlining their perimeter. Privacy is guaranteed thanks to the careful distribution of views and optical cones without and gap in continuity between the various areas. 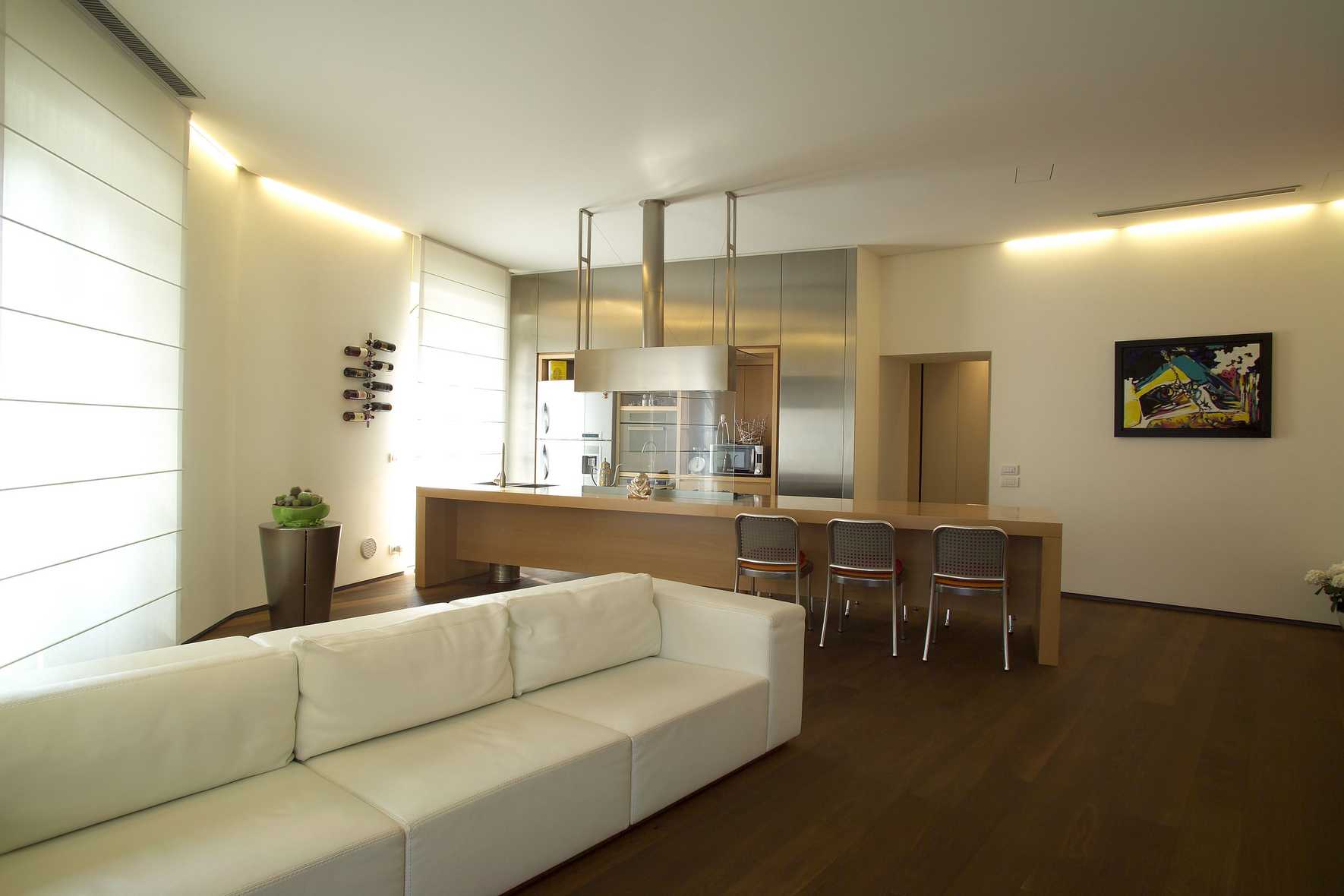 © paolo da re From the large living area with four French windows overlooking the village one unexpectedly enters the long kitchen area and then the relaxation area. 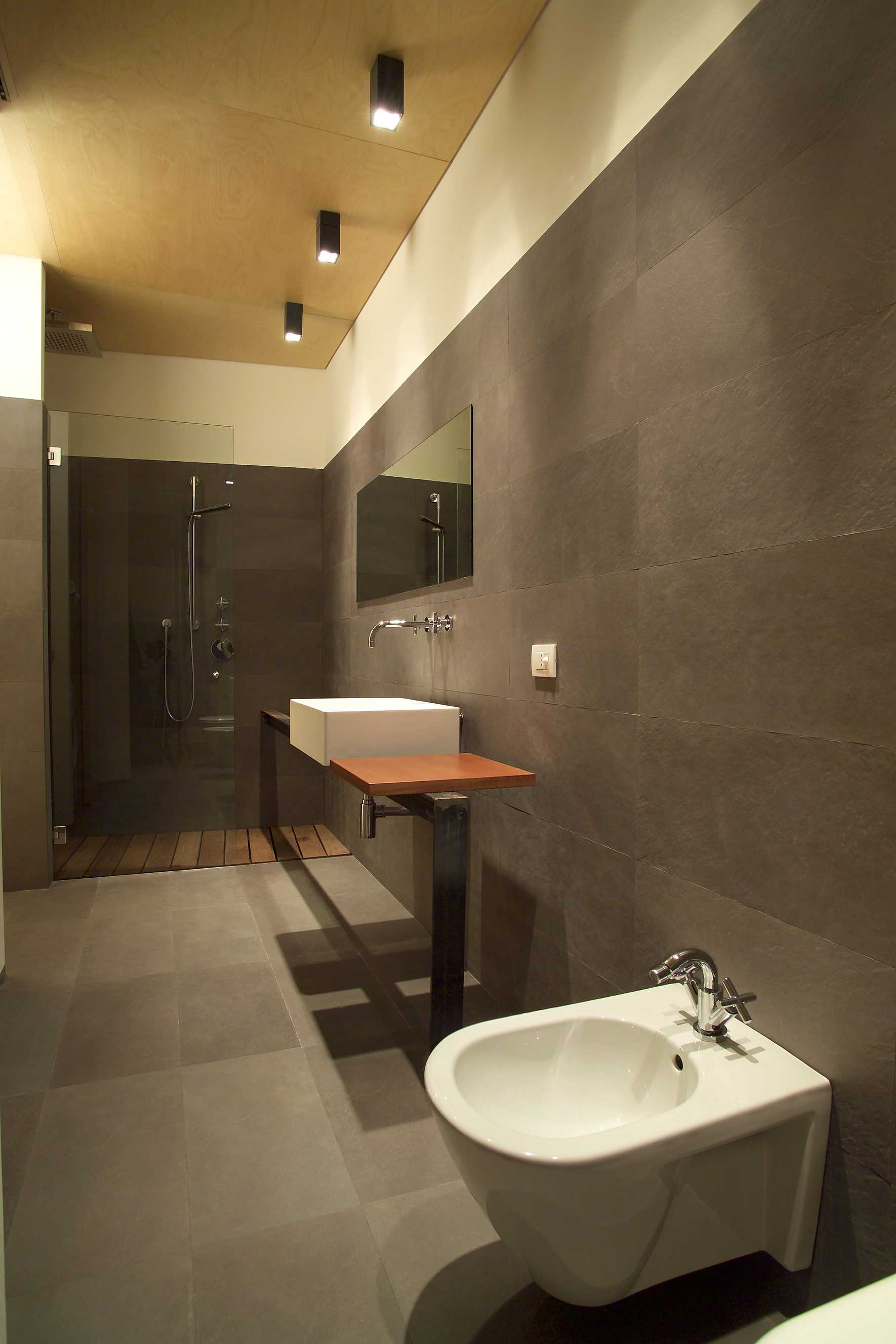