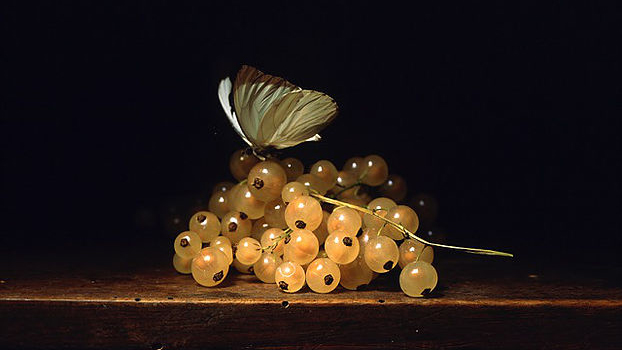 Friday 26 August 2016 at 7:00 p.m., the exhibition “Mirabilia Naturae” by Mauro Davoli is inaugurated at OCRA Officina Creativa dell’Abitare. “Fragments of everyday life, gifts of nature or products of people’s work: a humble beauty that does not create distances.”

Friday 26 August 2016 at 7:00 p.m., under the patronage of the Municipality of Montalcino and Foundation Crocevia_Alfredo and Teresita Paglione, OCRA Creative Workshop of Living presents “Mirabilia Naturae” by Mauro Davoli, with a text by Giovanni Gazzaneo.

“Fragments of everyday life, gifts of nature or products of people’s work: a humble beauty that does not create distances, a beauty that people feel belongs to them and at the same time they know they belong to it. Mauro Davoli’s recipe is repeated over time with ancient wisdom and fragrance of novelty. The “ingredients” are freshly cut flowers; shells collected in the seas around the world; books and small objects; yellow lemons and butterfly wings.
The recipe also includes a skilful arrangement on an ancient table, a central element and not just a display surface, a silent witness of centuries of conviviality, chatting, silence, looks, quarrels and games.
Finally, a completely dark room with the mysterious taste of dark matter in the universe and one single candle flame to dispel the darkness.
Then everything happens as in the Genesis.
A new look, and the light pierces the interiority of the world, its fragile and subtle heart that holds everything together and never reveals itself. Beauty shows itself in a pure form, absolute and humble at the same time. This is how the Emilian photographer’s wonderful still lives come to be. (…)
To be fully itself, Davoli’s photography had to draw inspiration from painting and somehow even become painting, almost like a short circuit that comes to life only from the poetic gaze (and heart) of the photographer from Parma. And so, the two languages have become one again. Simply and extraordinarily one, in the name of Art.”
(From the text “Humble Beauty and Short Circuit in the Story and the Secrets of Mauro Davoli’s Photographic Art” by Giovanni Gazzaneo).

Mauro Davoli was born in the province of Parma in 1955. He began working in the field of photography while studying at the Faculty of Engineering at the University of Bologna. Since 1981, he has devoted his life to photography. He has remains interested in architecture, design and art and, over the years, he has worked with the design studio Alchimia in Milan and published articles in magazines including “Decoration Internationale”, “Domus”, “Casa Vogue”, “Materia”, “AD”, “FMR”, “Area”, “Ottagono”, “Case Country”, “AION”, “Casabella”. He has made reportages in Italy and Europe while photographing works by architects including Paolo Portoghesi, Aldo Rossi, Sergio Cappelli, Gae Aulenti, Paolo Zermani, Pier Carlo Bontempi, Robert Krier, Giancarlo De Carlo, Gabetti e Isola, Oswald Mathias Ungers, Andrea Branzi, Patrick Mellett, Normann Foster, Edoardo Milesi and Martin Szekely. He has worked with many groups: Aperol, Limonta Moquette, Fiorucci, Pizzarotti, Parmalat, Coopsette, Sabatini, Snaidero, Alitalia, Eridania, Google, Mozilla, Uniform and Citterio. He has published photographs in monographs about artists and architects with many publishing companies (Electa, Allemandi, Fabbri Editori, Franco Maria Ricci and Ricci Editore). He has carried out personal research on images related to architecture and art and held solo and group exhibitions. Issue 152 of FMR featured a cover and an article about his research on “Still Life”. The following authors have written about his works: Giovanni Mariotti, Giorgio Soavi, Marzio Pieri, Franco Maria Ricci, Ando Gilardi, Laura Villani, Marzio Dall’Acqua, Mauro Carrera, Giovanni Gazzaneo. His works are part of important private and public collections. www.maurodavoli.com

The opening tasting is offered by Castello Banfi.

Banfi was founded in 1978 by Italian-American brothers John and Harry Mariani. Right from the start, the two brothers planned a large-scale project by combining quality wine production with a modern winery, with the aim of maintaining a high level of quality of the wines produced. One of Italy’s greatest oenologists, Ezio Rivella, works with the Mariani family. In those years, brothers John and Harry also took over the historic winery Bruzzone in Piedmont, which had been active since 1860 and specialized in the production of sparkling wines, to make it the Piedmont brand of the group, which is now called Banfi Piemonte. Castello Banfi’s estate is located south of Montalcino, on the border with Val d’Orcia. About one third of the 2830 hectares of the estate is cultivated with vineyards, while the rest is cultivated with olive groves and orchards and includes woods and uncultivated land. The owner’s love for Tuscany has recently led Banfi to invest in the most suitable areas in the region: Bolgheri for the production of Bolgheri DOC, Maremma, where Vermentino is produced, and Chianti, in one of the most important areas where Chianti Classico was created. All the prestigious wines offered by Banfi have a soul closely linked to the area they come from: from the great wines from Montalcino (Brunello, Rosso and Moscadello di Montalcino), to other prestigious Tuscan wines, from Chianti, to Bolgheri, Chianti Classico, and some of the most well-known Piedmont wines.

Mauro Davoli: “Mirabilia naturae”
With a text by Giovanni Gazzaneo